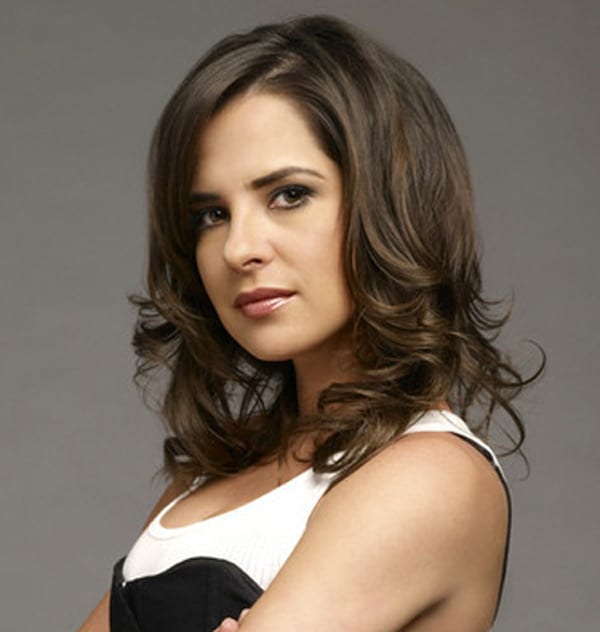 By Dana Block
THE BOLD AND THE BEAUTIFUL
Liam felt guilty after Steffy announced that she was flying to Aspen to cope with her heartbreak. Hope confided in Brooke about her problem with being intimate with Liam. Eric and Stephanie informed their kids that they were once again legally married. Hope finally came clean to Dr. Stacy about how her mother’s scandalous love life has impacted her own. Marcus and Dayzee announced their engagement to their loved ones. Hope decided to be more discreet about her relationship with Liam after one of her admirers confronted her about being with a married man. Hope was further embarrassed when a photo of her and Liam was leaked to the tabloids. Wait to See: The Forresters celebrate a special anniversary. Karen Spencer arrives with daughter, Caroline, in tow.

DAYS OF OUR LIVES
Rafe volunteered to stay with Nicole for a day, and the two of them bonded over their troubled love life. EJ soon dropped by and mistook their closeness for something more than it was. Later, Carrie and Rafe made a splash by arriving at the Brady Pub together. EJ’s first act as mayor was to have Jennifer and Abe arrested for tampering with the ballots. Kate confronted Sami about being the company mole. Austin hoped that he could save his marriage after finding out that he didn’t sleep with Abigail after all. Stefano asked John and Hope to steal the Faberge egg. Wait to See: Hope doesn’t remember how to be Gina. Rafe mistakenly believes that Carrie and Austin are back together.

GENERAL HOSPITAL
Sam tried to explain to Jason why she didn’t tell him that Robin died in the explosion. John McBain had no intention of leaving Port Charles despite Dante’s insistence. Noah arrived in town to help Patrick through his grieving process. Michael was drawn to Starr while Sam found herself intrigued by John. Jason and Elizabeth had their first meaningful conversation in a while. Anna gave Noah a piece of her mind. Everyone tried to tell Maxie that Robin’s death wasn’t her fault. Spinelli unearthed a clue from Franco’s DVD. Dante warned Sonny of things to come. Wait to See: Luke makes Tracy jealous. Johnny gets the upper hand on Steve.

THE YOUNG AND THE RESTLESS
Jill disguised herself and snapped a photo of Victor and Genevieve in what appeared to be a compromising position. Phyllis was angry at Nick for not telling her that he was working with Sharon again. Lauren secretly carried a gun to protect herself from Daisy. Phyllis offered Ricky a promotion if he dug up some dirt on Daisy. Michael sensed that there were still feelings between Chloe and Kevin. Ashley showed Nikki the picture of Victor and Genevieve’s romantic dinner. Kevin confided in Michael about how his marriage to Angelina was a sham. Wait to See: Tucker is impressed by Angelina’s new song and agrees to record her track. Michael has no idea how close Lauren is to falling apart.