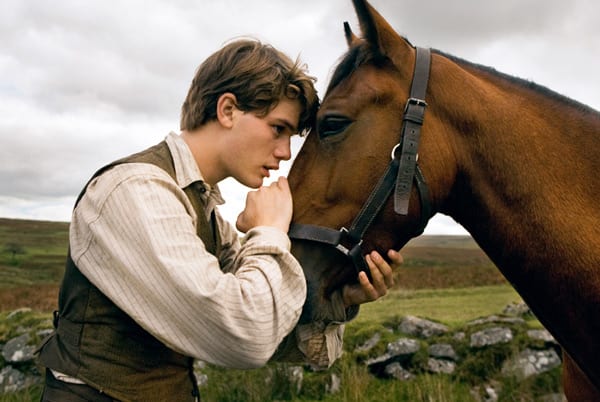 PICKS OF THE WEEK
“War Horse” (PG-13) — This latest offering from Steven Spielberg has all of the visual splendor and classic-style sentimentality expected from the veteran film maker. It starts with an English farm boy named Albert (Jeremy Irvine) being tasked with raising and training a colt racing stallion called Joey. When the two are separated by World War I, the horse braves an odyssey through ravaged Europe, making an impact in the lives of humans wherever he goes.

The bulk of the story stays with the horse. While the majestic creature makes its way through the horrors of war, everything has that classic-movie sheen to it. While we’re supposed to feel for the horse, it seems like the mountains of human suffering are being glossed over.

“We Bought a Zoo” (PG) — Sometimes, you just have to take a big, crazy leap and give it your all. That seems to be the syrupy message at the heart of this based-on-a-true story. Benjamin (Matt Damon) is a let-go newspaper reporter who recently lost his wife. While looking for a new home where he can take his young daughter and teen son, he finds a run-down country estate that also happens to be a run-down zoo in need of new, dedicated owners.

Matt Damon, Scarlett Johansson and Colin Ford (who plays Damon’s son) all portray characters more grounded than their script. This story of a wild risk that paid off for one troubled family can be a joyful experience, just make sure any children watching don’t get their hopes up.

“Being Elmo: A Puppeteer’s Journey” (PG) — This isn’t a typical Elmo DVD-adventure, but it is about a young person with dreams that come true. This documentary follows Kevin Clash, Elmo’s puppeteer and voice. The film tells the story of Clash’s childhood aspirations to work with Jim Henson, and shows behind-the-scenes footage of Clash and the rest of the Muppets crew.

Looking behind the curtain might seem like it could drain the magic from the Muppets, but it’s actually a peek into another dimension of their world. Colorful felt, buggy eyes and clever shots abound. It’s a magic trick that’s impressive even when you know how it’s done. Clash has been making puppets since he was a boy in the suburbs of Baltimore. Learning how Clash worked his way to where he wanted to be makes scrappy little Elmo even more endearing.

“London River” — In the aftermath of the London Underground bombings in 2005, two people cross paths while sorting through the terror and the tragedy. Elisabeth is a white Christian woman searching for her daughter. After putting up posters, she comes in contact with Ousmane, a black Muslim man from France who found a photograph of his son with her daughter. The two try to use each other to get to the bottom of what happened. The story and the performances make the film worthwhile, even if the message can seem a bit blunt.