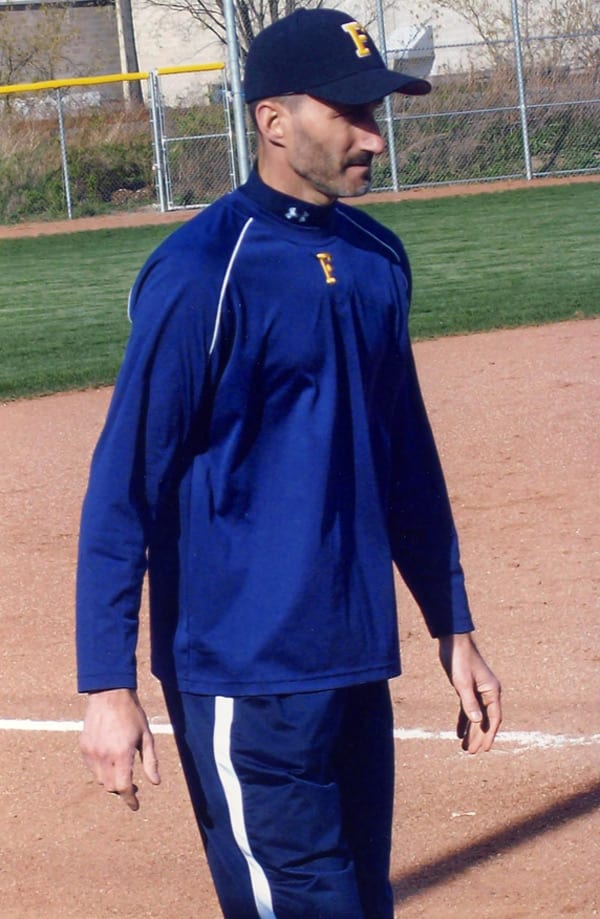 Photo by Daniel Gretzner
Fordson baseball head coach Steve Farkas looks for his team to improve during the 2012 season.

By Daniel Gretzner
Varsity baseball has seen better days at Fordson High School. The Tractors are getting off to a slow start this spring after dropping their first four games of the new season, leaving them with a not-so-hot 0-4 record.

Head coach Steve Farkas, now in his second year, is hoping that his young Fordson team will mature as the season moves along.

“We are rebuilding here with kids who are underclassman,” Farkas said. “There are no seniors playing for us, but, we will get better over time.”

The boys from the Ford Road campus play their home games at Hemlock Field, a few short blocks from the Fordson facility. They have taken their lumps — including the junior varsity team — on the diamond thus far. Fordson has now lost to Dearborn Heights Crestwood, Melvindale, Henry Ford Academy and Garden City.

Even though the 2012 season looks to be on the bleak side, there are a few bright spots in the Tractor lineup. Sophomore right-handed hurler Mohamed “Moose” Moused heads up the mound staff. He throws a steady stream of fastballs, mixed with a few curve balls, and is posting a number of strikeouts.

Top hitters for Fordson include Sobhi Sobh, a first base sophomore, along with freshman catcher Jamal Sabbagh.

Chances are good, after all is said and done, this Fordson team will be near the bottom of the Western Wayne Athletic Conference standings. Both Edsel Ford and Dearborn look much stronger among teams in the Blue Division of the circuit. More about that in the coming weeks.

The Tractors, like all other preps in the greater Dearborn-Downriver area, are taking their annual Easter vacation week and will be out of action for a short spell.

(Comments from readers are always welcome. Send all thoughts and ideas to [email protected] or call 734-818-6577).