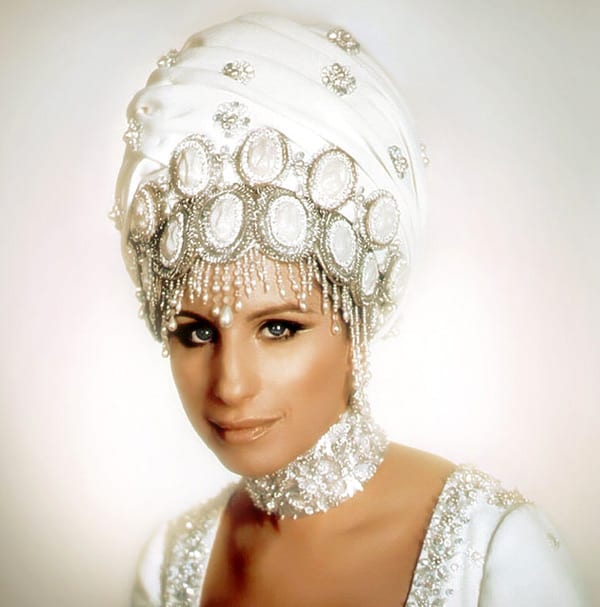 By Tony Rizzo
HOLLYWOOD — Seventy-year-old Barbra Streisand will produce and star as Mama Rose, mother of striptease legend Gypsy Rose Lee, in a big-screen remake of “Gypsy.” Streisand has hungered to play Mama Rose, long considered to be the best female role in musical theater, ever. In l959, Gypsy Rose Lee’s memoirs, excerpted in “Harper’s Magazine,” prompted producer David Merrick to option the story for Broadway legend Ethel Merman. Arthur Laurents, who wrote “West Side Story,” was hired to write the libretto. Ironically, Merman didn’t win a Tony Award for her stunning performance.

“Gypsy” has been revived four times on Broadway. Angela Lansbury won a Tony Award (l974), Tyne Daly won a Tony (l990) and Patti LaPone won a Tony (2008) for their Mama Rose. However, Bernadette Peters’ Mama Rose (2003), which was considered the first to break the Merman mold, didn’t earn her a Tony.

Before he died last May, Laurents, who directed Streisand in her first show, “I Can Get It for You Wholesale,” gave her his blessing to remake “Gypsy,” hoping she’d get right the things he disliked about the 1962 Rosaland Russell film, made by Warner Brothers. Russell didn’t do her own singing, but was so good as Mama Rose that nobody cared, and with the star power of Natalie Wood, the film was a great success. In l993, Bette Midler won a Golden Globe for her Mama Rose in a CBS TV movie, available on DVD.

When Streisand played Dolly Levi in the big screen “Hello Dolly” (1969), only her second film, critics complained she was too young for the role and did a bad Mae West impression. She’ll soon be seen in “The Guilt Trip” with Seth Rogan, set for a Nov. 2 release. Streisand has acquired so much knowledge as an actress and director; she will undoubtedly give the greatest performance of her career as Mama Rose. Remember, you heard it here first!
* * *
Oscar winner and “The View” host Whoopi Goldberg is spreading her wings. Last year she produced “Sister Act” in London and New York, and now plans to produce a documentary about Moms Mabley. For many years, Whoopi talked about Moms Mabley in her nightclub acts and has joined forces with “Laugh-In” producer George Schlatter and Tom Leonardis to bring “I Got Something to Tell You” (one of Mabley’s catch phrases) to the screen. In addition, she’ll produce a 22-minute weeknight talk show, a mix of talk, makeovers and humor for Nichelodeon’s NickMom programming block. Hey Whoopi, I got something to tell you — be careful not to spread your wings too thin!