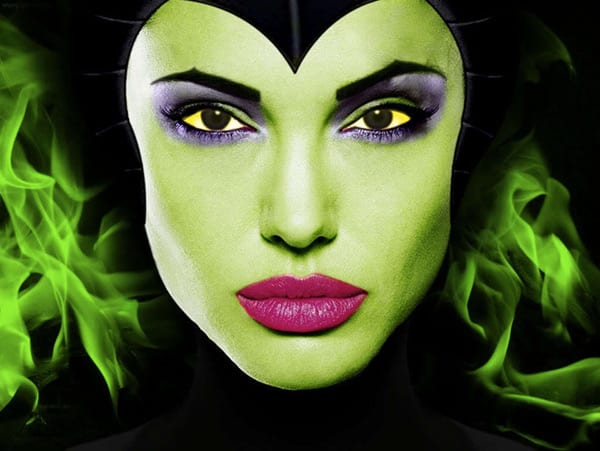 By Tony Rizzo
HOLLYWOOD — On the heels of Julia Robert’s beautiful evil witch in “Mirror, Mirror,” word is that Angelina Jolie is set to play the title role in in the witch who gave “Sleeping Beauty” a nap she’d never forget. Based on the l959 Disney feature cartoon, this will be live action from the witch’s point of view, with possibly Elle Fanning as Princess Aurora/Briar Rose.

Angelina views “Maleficent” not as an evil queen, but as misunderstood. “I hope in the end you see a woman who’s capable of being many things and just protects herself and is aggressive. It doesn’t mean she can’t have other, warmer qualities. She’s a great person. She’s not perfect; she’s far from perfect.” Well, that should be an interesting take on a big bad witch … warm qualities and a great person!

Julia Roberts goes right from her publicity tour for “Mirror, Mirror” into “August: Osage County,” the Pulitzer Prize-winning Broadway show now becoming a movie. She plays Meryl Streep’s daughter, who tries to overcome certain differences when her drug-addicted mother goes missing. Then, Julia takes on “The Normal Heart,” another play being made into a film.

She’ll be surrounded by top-notch actors such as Jim Parsons (of “The Big Bang Theory”), Oscar nominee Mark Ruffalo, “30 Rock” Emmy winner Alec Baldwin, and “White Collar” hunk Matt Bomer. It’s the story of a gay activist trying to raise awareness about HIV/AIDS during the early l980s. At one time, Barbra Streisand owned the screen rights and worked with author Larry Kramer to come up with a script, but couldn’t agree on script changes and gave up.
* * *
Shame on HBO for cancelling “Luck.” The cable network was so excited to have Oscar-winning actor Dustin Hoffman in its stable that it renewed the show for a second season after it drew critical acclaim and 1.1 million viewers for its premiere. But HBO was disappointed when “Luck” attracted only 500,000 viewers thereafter. In the early part of the season, two horses were injured during racing scenes and had to be put down. Then, a third horse reared back while going to the stable, hit its head on a rock and was put down as well.

Shooting of horse-racing scenes was suspended while an investigation was conducted, which gave HBO the perfect opportunity to cancel the show. The California Horse Racing Board’s equine medical director, Dr. Rick Arthur, was quoted as saying, “Horse fatalities are not uncommon at the race track. It’s not as outrageous as it’s been played to be.” Sad that HBO didn’t give “Luck” a chance to find its audience. Well, Dustin, sometimes your “Luck” runs out before the race is over!