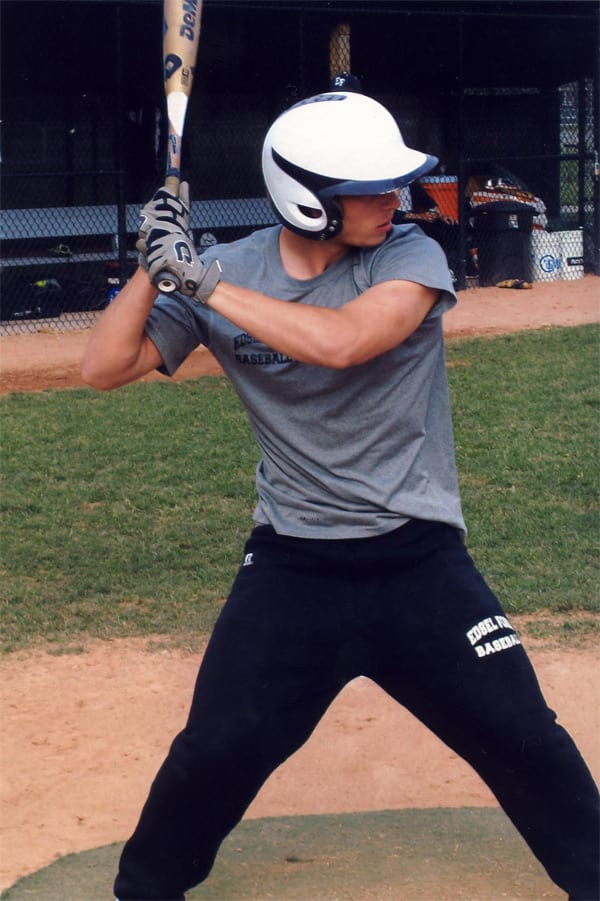 Photo by Daniel Gretzner
Edsel Ford junior Trevor Gilbert readies his swing during a recent practice. Gilbert plays second base and shortstop for the T-Birds.

By Daniel Gretzner
Edsel Ford baseball head coach Rob Fay and his team have high expectations this year. The Thunderbirds have a nifty 7-2 record thus far and have knocked off two Dearborn Heights prep teams. Last Wednesday the black-and-white-clad diamondmen got the best of Crestwood 8-l. Earlier in the season they crushed Annapolis 18-6.

Fordson hopes to spring an upset as the Tractors host the favored visiting Thunderbirds April 30. The contest is set for 4 p.m. at Hemlock Field, and should draw local fans as the two Dearborn prep schools clash.

The T-Birds appear to be in the driver’s seat as they continue to defend their 2011 Western Wayne Athletic Association baseball co-championship.

“We feel comfortable hitting and defending with anybody and will go as far as our pitching will take us,” Fay said. “We remain excited about this season and have nine returnees from last year.”

Returning players include seniors Ryan Gilbert and Kevin Wreford, both captains. Other seniors on the team are Ryan Flum, Kevin Belvich and Brendan Atwood.

Returning juniors are Trevor Gilbert, Cody Cowart and Anthony Ramos. Cole Moore is a sophomore returning starter. They represent a lot of playing experience being counted on to take another WWAC title shot.

Ryan Gilbert leads the Thunderbird pitching staff and he is the ace on the mound. Cowart returns from a .629 batting average as a sophomore and knocks the cover off the ball more times than not.

Edsel also has one of the best outfielders on defense in Ramos. Fay calls him a “ball magnet” whenever the ball is hit his way.

In the next month or so, local sports fans and alumni will have a clearer picture as to who has the better team on the baseball diamond this year. Edsel is a strong candidate to be either at the top or pretty close to it. Time will tell.