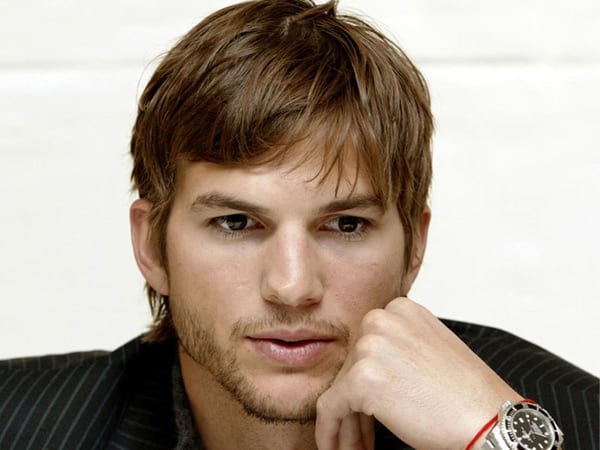 By Tony Rizzo
HOLLYWOOD — You can start calling Ashton Kutcher the multi-million dollar man! Word is he’ll be back next season on “Two And a Half Men” for $1 million an episode. But before he starts shooting his second season, he’ll start shooting “Jobs,” the Steve Jobs biopic about the late Apple tycoon. Looking at pictures of Jobs from his youth reveals he and Ashton could be twins. Jobs’ former partner at Apple, Steve Wozniak, a former “Dancing With the Stars” contestant, has given his blessing and says, “Steve would have approved of Ashton playing him.”
* * *
Multiple Oscar-winning director Clint Eastwood is headed back to acting via the upcoming baseball pic “Trouble With the Curve,” filming in Atlanta, hometown of the Braves. But have no fear, Clint still is in control — he’s producing and his partner, Robert Lorenz, is directing. They’ve rounded up a first-rate cast with Justin Timberlake, Amy Adams, Matthew Lillard, John Goodman and Scott Eastwood. Yes, Scott is Clint’s son (with former flight attendant Jacelyn Reeves) and had roles in “Gran Torino,” “Invictus” and the January 2013 release of “Texas Chainsaw Massacre 3D”.

And here’s an update on Clint’s “A Star Is Born” with Beyonce. Will Fetters, who wrote the screenplay, admitted he based the role that Tom Cruise may end up playing on Nirvana lead singer Kurt Cobain, who met a tragic, premature end.
* * *
“The Help” Oscar-winner Octavia Spencer is trapped on a train full of travelers struggling to co-exist in a world covered in ice and snow in “Snow Piercer.” Her fellow passengers are “Captain America” Chris Evans, “Man on a Ledge” co-star Jamie Bell, Oscar-winner Tilda Swinton (“Michael Clayton”) and two-time Oscar nominee John Hurt.
* * *
Carol Burnett celebrates her 79th birthday on April 26. Seems like we met only yesterday when I was 11 and she was 26 and starring at The Phoenix Theatre in “Once Upon a Mattress,” later to move to Broadway, while moonlighting on “The Garry Moore Show.” Her variety show, “The Carol Burnett Show,” ran for 11 years on CBS. Carol maintains the networks couldn’t afford to produce a show like hers today, which is one of the reasons she hasn’t returned to weekly television.

Outside of a few guest shots on TV shows and voice-overs in two animated films, “Horton Hears a Who” (’08) and “The Secret World of Arrietty” this year, she stays close to home with Brian Miller, her husband of 10 years. He’s a drummer and contractor for the Hollywood Bowl Orchestra, and 23 years younger than she. Oh Carol, always a trendsetter … you put the “cou-cou” in cougar before it was even a TV series!