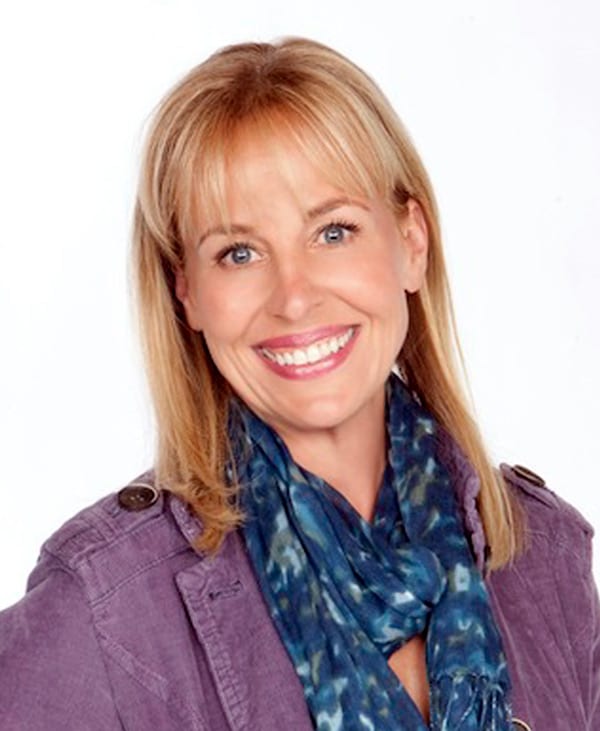 By Cindy Elavsky
Q: While I don’t want “Desperate Housewives” to end, I am excited to see what’s in store for the series finale. Can you give me any hints? — Tina D., via e-mail

A: A familiar face will return to Wisteria Lane for the show’s finale on May 13 at 10 p.m. EDT on ABC. Dana Delany — who currently stars in her own hit ABC show “Body of Proof” — will reprise her role as Katherine Mayfair. The story behind her return has been kept hush-hush, so we’ll just have to wait and see what she’s up to.
* * *
Q: Genie Francis is one of my all-time favorite actresses, and I just love her in the Hallmark Channel’s “The Note” series. Will there be a third movie? — Catherine F., Harrisburg, Pa.

A: Just in time for Mother’s Day, Genie Francis and Ted McGinley are back as newlyweds Peyton MacGruder and King Danville in “Notes from the Heart Healer,” premiering Sunday, May 13, on the Hallmark Channel. The couple is celebrating their first anniversary when they are surprised by an abandoned baby on their doorstep. I spoke with Genie recently, and she was excited to explore the mothering aspect of the character, since Peyton gave up a child for adoption 20-some years earlier.

“What I love most about Peyton is that she gets involved and she brings everything up as if it were a spiritual question like, ’Why did I get this baby on my doorstep?’ She wants to help prevent the mother of this abandoned baby from ending up like her. Throughout this, there’s a healing for Peyton in that she knows that she’s got in her to be a good mother.”
* * *
Q: My husband heard that Ryan O’Neal has cancer. Is that true? — Hannah F., via e-mail

A: Ryan, 70, recently announced that he is battling Stage 2 prostate cancer, and that he’s expected to make a full recovery. While he was “shocked and stunned” by the news, he is hopeful about his prognosis.
* * *
Q: I can’t get enough “GCB,” and I especially love Heather Cruz. What can you tell me about the actress who plays her? — Deena A., Norfolk, Va.

A: Marisol Nichols plays feisty and independent real-estate agent Heather Cruz. Marisol told me recently why she loves her character so much: “I could understand what she had to do to survive in this community, and I felt like she was the most grounded out of everybody. She worked her butt off to get to where she is: She didn’t inherit a business; she wasn’t born into money; she didn’t marry into it. She had to make it on her own, and that I can completely relate to. I’ve been working odd jobs since I was 12. I think I forged my ID when I was a kid so that I could work at 14. I wanted to work; I didn’t want to have to ask people for money.”