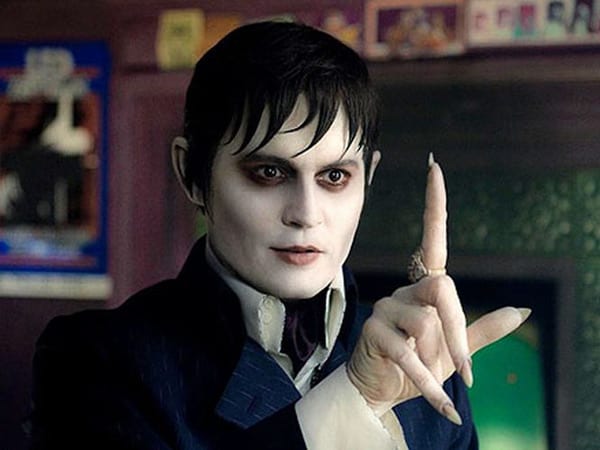 By Tony Rizzo
HOLLYWOOD — Johnny Depp adds another notch to his belt as the remake king when “Dark Shadows” opens May 11. Depp plays vampire Barnabas Collins in what is being called a fantasy comedy. Director Tim Burton wanted to remake this film since 2007, but was sidetracked by the writers’ strike. Michelle Pfeiffer plays Elizabeth Collins Stoddard, originally created in the 1966 TV series by Joan Bennett of “Father of the Bride” (1950) and “Father’s Little Dividend” (l951), with Spencer Tracy, Elizabeth Taylor and Billie Burke; and “We’re No Angels” (l955), with Humphrey Bogart, Peter Ustinov and Basil Rathbone of “Sherlock Holmes” fame. Helena Bonham Carter plays Dr. Julia Hoffman, originally played by Grayson Hall, Oscar nominated for “Night of the Iguana” (l964), with Richard Burton, Deborah Kerr and Ava Gardner.

In l966, I was hooked on “Dark Shadows.” Here was a gothic soap about vampires. I wangled an invitation to the set from a young, unknown actress named Kate Jackson — yes, the same Kate Jackson who starred on “The Rookies” and then “Charlie’s Angels,” the show created especially for her! When David Selby of 2010’s “The Social Network” joined “Dark Shadows,” he was an instant sensation as Quinton Collins. But the man who caused the biggest sensation of all was Jonathan Frid, the Canadian actor who became an overnight star as vampire Barnabas Collins. Let’s not forget Lara Parker, the beautiful but deadly witch, Angelique, and Kathryn Leigh Scott, who played Maggie Evans.

“Dark Shadows” fans had their prayers answered by the 1970 film “House of Dark Shadows,” which had most of the original cast, including Frid, Bennett, Hall, John Karlan (who went on to star on TV’s “Cagney and Lacey”) and Kathryn Leigh Scott. That was followed a year later with “Night of Dark Shadows” with Selby, Jackson, Hall, Karlan and Lara Parker. In l991, NBC revived “Dark Shadows” as a series with Ben Cross as Barnabas Collins, Jean Simmons (of “Spartacus”) as Elizabeth Collins, British horror queen Barbara Steele as Dr. Julia Hoffman and Joseph Gordon-Levitt as David Collins. Unfortunately, it ran only one season.

Johnny Depp has admitted that Barnabas Collins was a boyhood hero that he used to run home from school to watch. Die-hard “Shadows” fans might enjoy seeing Frid, Selby, Parker and Leigh Scott again when they appear as party guests during a ball at Collinwood Manor, which took three days to film at Pinewood Studios in London. Hopefully, turning this classic soap into a tongue-in-cheek fantasy comedy won’t make it SUCK in all the wrong places!