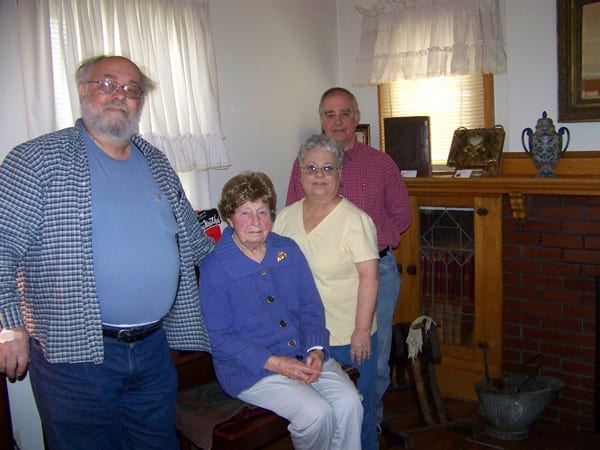 By JAMES MITCHELL
Sunday Times Newspapers
SOUTHGATE — The history of preserving the community’s heritage is a story unto itself, and a new chapter begins with the formation of the Southgate Heritage Foundation.

“For over a generation Southgate has had two entities preserving local history,” Southgate Mayor Joseph Kuspa said. “They shared the responsibilities at the historic home.”

The city purchased the building which serves as the community museum in the early 1970s. The historic Grahl house at 14120 Dix-Toledo Rd. — typical of local homes in the 1920s — houses local memorabilia, old newspapers and yearbooks and other artifacts. As with many local organizations, the Society struggled over the years to balance fund-raising with research and artifact preservation.

“In looking at the long-term success of promoting our history, it seemed a good idea for the two groups to unite as one entity,” Kuspa said.

Membership in both the Society and Commission often overlaps, with a core group of dedicated volunteers including Commission chair Jerry Pesci. While optimistic about the potential for a dedicated Foundation to make the most of local resources, Pesci said the transition from the current organization to a long-term Foundation remains to be seen.

“There is a proposal by the mayor that both groups dissolve and form one body,” Pesci said.

Within the groups are varying opinions as to whether or not a restructured foundation is the best course.

“Everyone has an opinion,” Pesci said. “One group might make it easier to come to a consensus, but each group has basically the same goals.”

The plan for a dedicated Foundation will include oversight by a 15-member board of directors. Five seats will be appointed by the mayor, who will meet with five recommended appointees from within the current Society and Commission. The combined 10-member panel will appoint the final five directors, at which point bylaws and nonprofit status will be established.

Kuspa said that the Foundation offers a combination of the institutional knowledge held by longtime Society volunteers and the introduction of fresh perspectives dedicated to solidifying the long-term mission.

“This is an opportunity to bring other stake holders on to better its longevity and fund-raising capability,” Kuspa said. “At some point it becomes self-sufficient and grows, as opposed to two entities. There’s a lot of passion, and a lot of people who have served, and this is the best way of moving forward.”

Articles of incorporation remain to be approved, along with bylaws for the Foundation. In addition to the artifacts on display and in storage at the Grahl house, a local history room will be established at the Southgate Veterans Memorial Library, 14680 Dix-Toledo Road.