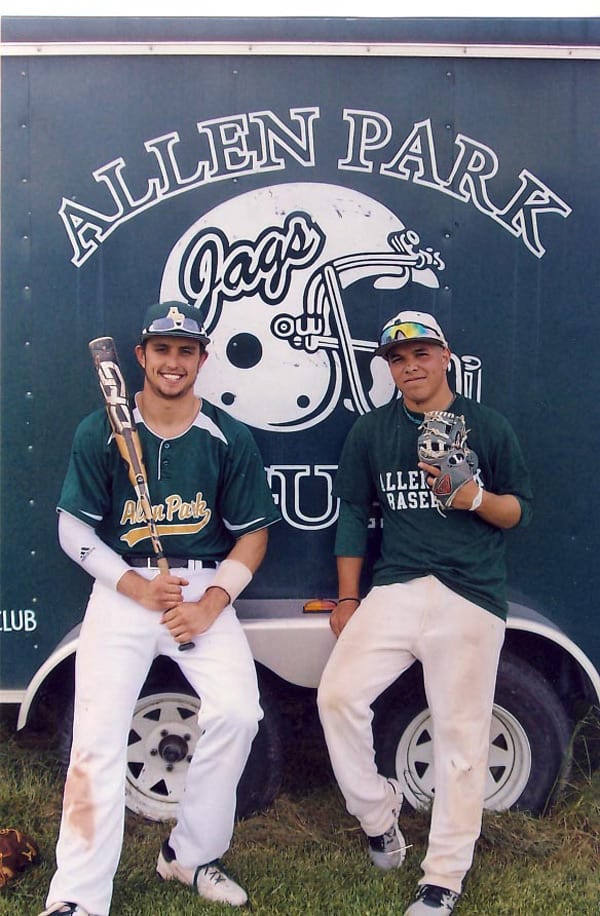 By Daniel Gretzner
With the current varsity baseball prep season at the halfway point, Allen Park is making plenty of noise in the Downriver League this spring.

The Jaguars have jumped off to a winning start and head coach Glenn Gulliver has a number of talented seniors who are paving the way to a league leading 6-2 record in Downriver League competition. The Parkers’ toughest competition comes from Trenton and Taylor Truman, two other teams that are playing for first place during the midseason rounds.

If Allen Park can continue to knock off the lower echelon teams in the shoreline circuit, they may very well be the king of the hill at season’s end. Kyle Turner (senior captain and catcher/third base) is confident about the future direction of the Jags.

“Our goals for this seson is to win the league title and go on to make waves in district and regional play,” he said. “We are optimistic that we can go all the way, especially with an outstanding coach and role model like coach Gulliver leading the way.”

A number of seniors dominate the Allen Park lineup, and most can hit the ball with authority. Besides Turner, the Jags have two strong hitting outfielders, Brandon Patton and Troy Major.

Others include catcher Zac Belky and pitchers Nick Willets and Steven Farkas. Another hurler, Rodney Bagdonas, is part of the mound staff. Jose Salinas handles the second base chores. He is a junior who handles the bat well and is the leadoff hitter for the Parkers.

By the end of May, Gulliver will have a better idea of just how far his team will go as they chase the Downriver League championship. If it comes down to the last couple of games, Wyandotte might have something to say about the league race.

The final two games of league play — one a makeup game — will pit the Jaguars against the Bears in a home-and-away two-game series. When these two teams collide, anything can happen.

Allen Park is definitely in the hunt and is a top contender to make a strong run for the Downriver League varsity baseball title in 2012.