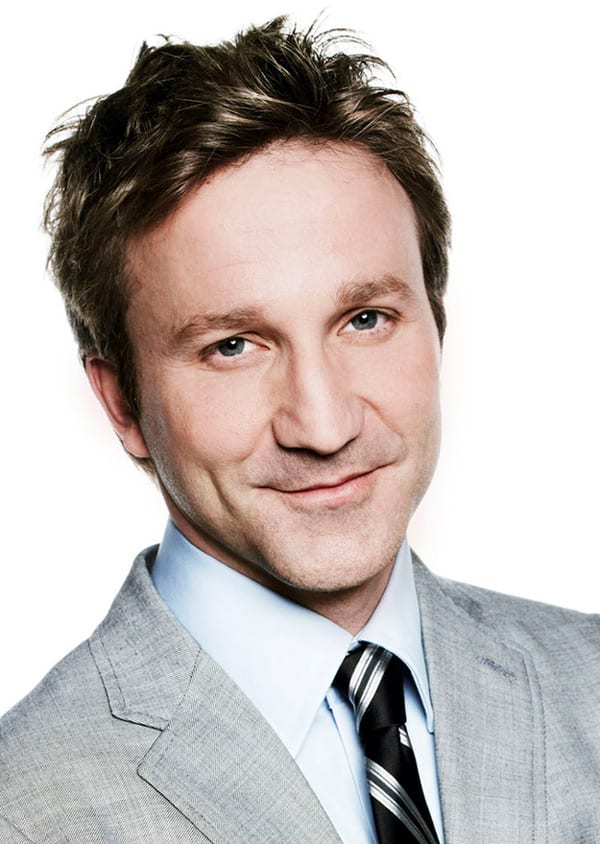 Q: My husband said he read somewhere that Breckin Meyer is leaving “Franklin & Bash” because he has a new comedy on TBS. Please tell me that isn’t true. — Kellie K., via e-mail

A: The only part that is true is that Breckin does indeed have a new comedy called “Men at Work” on TBS, which premieres Thursday, May 25, at 10 p.m. ET/PT. The multicamera comedy, which Breckin created, writes and executive produces, stars Danny Masterson, James Lesure, Michael Cassidy and Adam Busch. Breckin told me a bit about his new show when we spoke the other day: “Honestly, it’s a show based on my life and the embarrassing relationships I’ve had. It’s about four guys who are all at different stages of their lives relationship-wise, and they have each other’s backs. It’s based on me and my friends.”

As for Breckin making a cameo, he played coy: “I don’t know — we’ll see. There might be an Alfred Hitchcock-like walkthrough. Hopefully we’ll have some better guest stars than just me.”

Speaking of guest stars, as “Franklin & Bash” gears up for its second season — premiering Tuesday, June 5, on TNT — Breckin revealed: “We have an unbelievable line of guest stars this season. Sean Astin plays a superhero. Seth Green and Eric Mabius come on as the ‘Bizarro’ Franklin and Bash. Cybill Shepherd guest-stars. And we actually get to meet Mark Paul Gosselaar’s mom this time around, who’s played by Jane Seymour.”
* * *
Q: When will my favorite show, “Rookie Blue,” be returning for another season? Please say it hasn’t been canceled! — Olaf D., St. Paul, Minn.

A: “Rookie Blue” will indeed be back for its third season on Thursday, May 24, at 10 p.m. ET/PT on ABC. Now entering their third year on the job, our five rookie cops have learned to overcome the sophomore curse — knowing a little knowledge is a dangerous thing. Having seen the premiere episode, I can tell you that it is indeed one that fans won’t want to miss!
* * *
Q: I love everything that the talented Sarah Chalke does. When will she get her own show? — Jason R., via e-mail

A: Sarah is slated to star in the new ABC comedy called “How to Live with Your Parents for the Rest of Your Life,” in which Brad Garrett and Elizabeth Perkins play the aforementioned parents. Sarah plays Polly, a recently divorced single mom who moves in with her eccentric parents, Elaine and Max. The show is set to premiere this fall.
* * *
Q: I am hooked on “Once Upon a Time.” Will it be back for a second season? — David T., St. Louis

A: As of this writing, no official word has come from ABC, but you can bet the farm that the top-rated drama series, which has smashed viewing records each week, definitely will be back for another season.