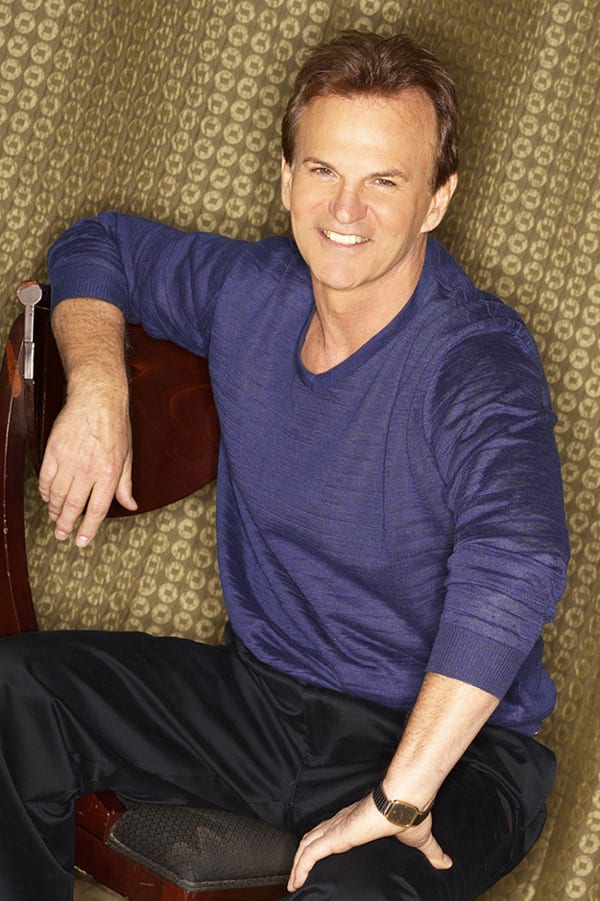 Josh Taylor is “Roman” on “Days of Our Lives.”

By Dana Block
THE BOLD AND THE BEAUTIFUL
Bill was in the catbird seat after his plan was successful in Aspen. Steffy confided in Stephanie about the realization she came to in Aspen. With an ulterior motive, Amber gave Caroline a preview of Rick’s latest designs. Hope wondered why Steffy was acting so confident all of a sudden. Brooke and Ridge disagreed over whether Liam and Hope’s wedding would happen after all. Hope decided to confront her anxiety issues without the use of medication. Caroline had a good understanding of the dynamics of the Spencer family. Steffy gave Liam an ultimatum. Wait to See: Bill is blindsided by Katie’s shocking news. Caroline invites Thomas home to meet her family.

DAYS OF OUR LIVES
Everyone survived the explosion after they found a trap door at the last minute. Roman came up with a plan for Stefano — and everyone else in Salem — to think that they were all dead. Lexie decided to forgo any cancer treatment and spend the rest of her days with her family. Will warned Lucas that Sami would only hurt him. Carrie and Rafe decided to pursue a relationship while they were in hiding. After the memorial service, Roman revealed privately to select family members that their loved ones were really alive. Rafe informed Nicole that Carrie knew the truth about the pregnancy. Sami was shocked to learn EJ was blackmailing Will for shooting him years ago. Wait to See: Carrie wonders if she’s pregnant. Stefano is arrested.

GENERAL HOSPITAL
Sam and Lulu were rescued by a heroic McBain and Dante. Jason didn’t like what he saw transpire between Sam and McBain. Anthony suspected that Tracy was trying to kill him. Starr was talked out of killing Sonny. A spark developed between Anna and Luke. It appeared that Patrick would sink further into despair before bouncing back. Todd and Tea Delgado of Llanview arrived to help Starr fight the charges against her. Starr refused to rat out Johnny to the police. Felicia and Mac found themselves in familiar territory. Spinelli discovered new details about Lisa’s death. Johnny tried to blackmail Delores. Wait to See: Todd eavesdrops on Sonny and Michael’s conversation. Patrick and Matt bond as brothers.

THE YOUNG AND THE RESTLESS
Sharon and Victor shared a startling kiss. Phyllis was reassured by the doctor that her unborn baby was fine. Jack told Nikki that he couldn’t see her anymore because of Kyle’s issue with her. Harmony drove a drunk Tucker home after his fight with Ashley. Later, Ashley walked in as Tucker and Harmony were in the throes of passion. Jill and Genevieve got into a physical altercation. Daniel seduced Daisy after asking her to marry him. Nikki walked in on Victor’s romantic dinner with Sharon. Phyllis made a frantic call to Danny Romalotti to help her stop the wedding. Wait to See: Daisy catches Daniel embracing another woman. Jack and Victor get into a squabble over Nikki.