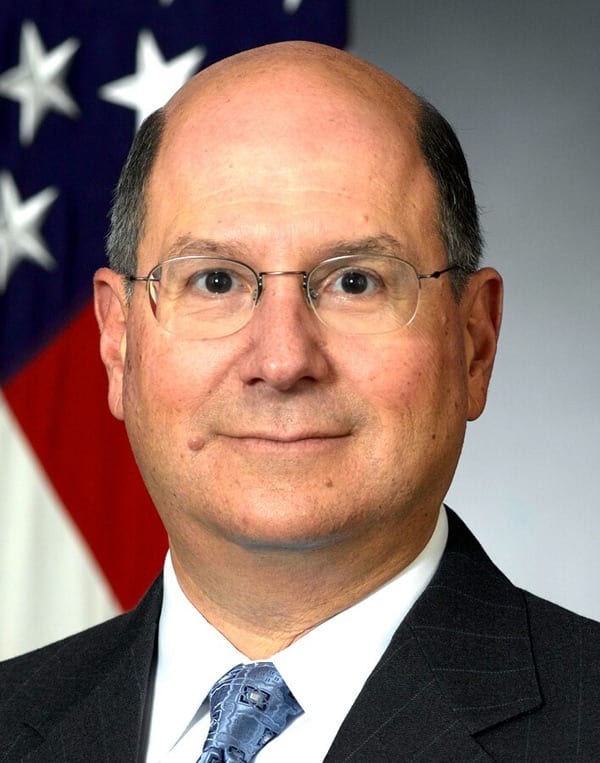 DEARBORN – The grand marshal for Dearborn’s 2012 Memorial Day Parade on Monday is Donald C. Winter, Secretary of the Navy from 2006 to 2009.

The parade, which will especially honor Cold War veterans, begins at 10 a.m. and will travel along Michigan Avenue from Greenfield to Schaefer, ending at Dearborn City Hall.

Winter’s years of distinguished service to his profession and to the safety and security of Americans, and his commitment to recognize the contributions of Cold War veterans, make him an excellent choice to be the Grand Marshal and keynote speaker, said Tom Wilson, Dearborn Allied War Veterans Council Commander.

The parade also will include 13 special marshals, who are all Cold War veterans and former commanders of the DAWVC, which produces the parade with the city’s support.

A noon remembrance ceremony will take place at Dearborn’s War Memorial on the grounds of City Hall. This year, it will also include a funeral service for four veterans who died without resources and whose cremains have been stored in a funeral home since the 1980s.

Wilson said he is “honored to have Doctor Winter come to Dearborn as our special guest. His Cold War experiences and his contributions to bringing the Cold War to a conclusion are admired and solidify the message I wanted to deliver.

“As a recent Secretary of the Navy, Winter brings tremendous credibility and pride to the veterans that continue to serve the community of Dearborn,” the DAWVC commander said.

“During the Cold War, the Soviet Union and Warsaw Pact threatened the very existence of the free world,” Winter said.

“The responsibility for countering that threat fell on the shoulders of those who served during that time period; from those that developed and maintained our strategic deterrent, to those ‘silent warriors’ who risked and often lost their lives, collecting intelligence,” Winter said.

Throughout his long career, Winter has been involved in projects of significance that better positioned the American military for the challenges of the United States two longest conflicts, the Cold War and the Afghanistan/Iraq battles. His background includes satellite research, laser physics and space acquisition programs.

In that position he was responsible for the U.S. Navy and the U. S. Marine Corps.

During his tenure he focused on prosecuting wars in Iraq and Afghanistan; taking care of wounded sailors, Marines and their families; while planning and building the U.S. Navy’s future fleet.

In mid-career, Winter was appointed by President Ronald Reagan to the U.S. Defense Advanced Research Project Agency to serve as program manager for space acquisition, tracking and pointing programs, including the design of the “Star Wars” technology to protect America from aerial attack (1980 to 1982).

He now teaches at the University of Michigan, where he serves as the first Professor of Engineering Practice in the Departments of Aerospace Engineering and Naval Architecture and Marine Engineering.

He is leading those departments as they develop a national discussion on the modernization of ship manufacturing operations within the United States, applying best practices of the aerospace industry.

He is also a graduate of the USC Management Policy Institute, UCLA Executive Program and Harvard University Program for Senior Executives in National and International Security.

Winter was honored with the Secretary of Defense’s Medal for Meritorious Civilian Service, is an elected member of the National Academy of Engineering and chairs the National Research Council Committee on the Analysis of the Causes of the Deepwater Horizon Explosion.

Winter resides in Virginia with his wife, Linda, who will also attend the Memorial Day activities.

For more information on the parade, go to www.cityofdearborn.org.