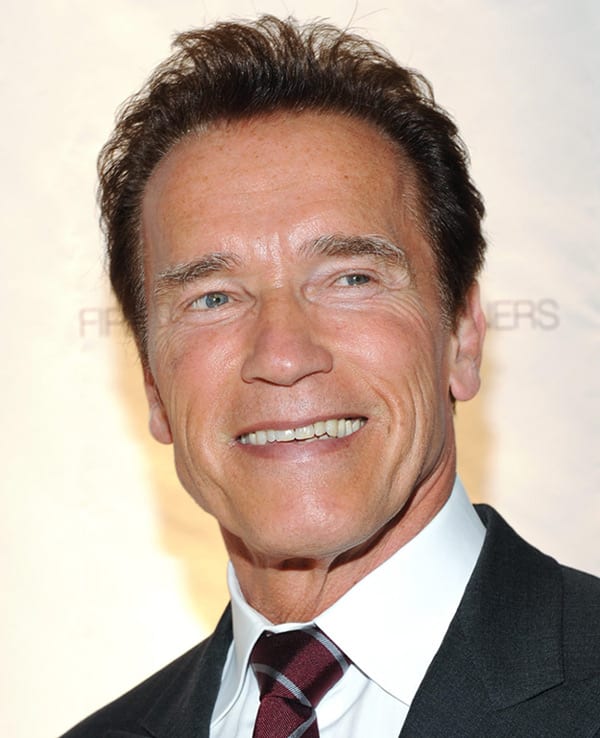 By Tony Rizzo
HOLLYWOOD — Arnold Schwarzenegger, “The Gubernator,” is returning to action movies now that he’s no longer governor of California. For his comeback, he’s chosen “The Expendables 2,” alongside Sylvester Stallone, Jason Statham, Jet Li, Dolph Lungren, Chuck Norris, Jean-Claude Van Damme, Bruce Willis and “Thor,” Chris Hemsworth. Arnold kidded, “The Expendables 2” has every action hero between 30 and 100!” It’s budgeted at $100 million and will be released Aug. 17, 2012.

Come January 2013, we’ll see Arnold in “Last Stand” with Oscar-winner Forest Whitaker and Johnny Knoxville. He plays a small-town sheriff pitted against a notorious drug kingpin and his gang. Schwarzenegger is currently shooting “The Tomb” with Sylvester Stallone, Jim Caviezel, Vincent D’Onofrio and 50 Cent. Stallone plays a prison designer who must escape from a prison he built and find the person who put him there. Arnold’s character name in this one is Swan. It will be released sometime in 2013.

Next month he shoots “The Unknown Soldier” for an April 2013 release. Then he goes into “Ten” and maybe a “Terminator” sequel. So much for those who said he couldn’t get elected dog catcher after his governorship and family scandal. Unlike politics, scandal fuels the box office, and he’ll “be back” with a vengeance!
***
And now a tribute to real soldiers. The sixth-annual GI Film Festival was just held in our nation’s capital, and celebrities such as Lou Diamond Phillips, William Devane, Pat Sajak, Joe Montegna, James Cromwell and Peter Berg mingled with politicos such as Ross Perot and Reps. Jeff Davis (R-Ky.) and Loretta Sanchez (D-Calif.). The centerpiece of the Festival was the film “Doughboy,” which stars Terry Kiser (“Weekend at Bernie’s”). The term “Doughboys” originated after the Mexican-American War, and they too are veterans who should never be overlooked as heroes who sacrificed for our country.
***
Two-time Oscar winner Dustin Hoffman (“Kramer vs. Kramer” and “Rain Man”) hopes to change his luck after the sudden cancellation of his HBO series “Luck” by directing the comedy film “Quartet,” due out next year. He’s cast great actors: Tom Courtenay (Oscar nominated for “The Dresser”); Oscar winner Maggie Smith (“The Prime of Miss Jean Brodie”) and all the “Harry Potter” films, as well as “Downton Abbey”; Michael Gambon (“The King’s Speech”); and Billy Connolly from TV’s “Head of the Class,” “The Last Samurai” (with Tom Cruise) and the “Hobbit” films. The “Quartet” live happily in a home for retired opera singers until diva Maggie Smith arrives to complicate matters. If Maggie channels opera-diva Maria Callas, we’ll get to see just how “callous” a diva can be!