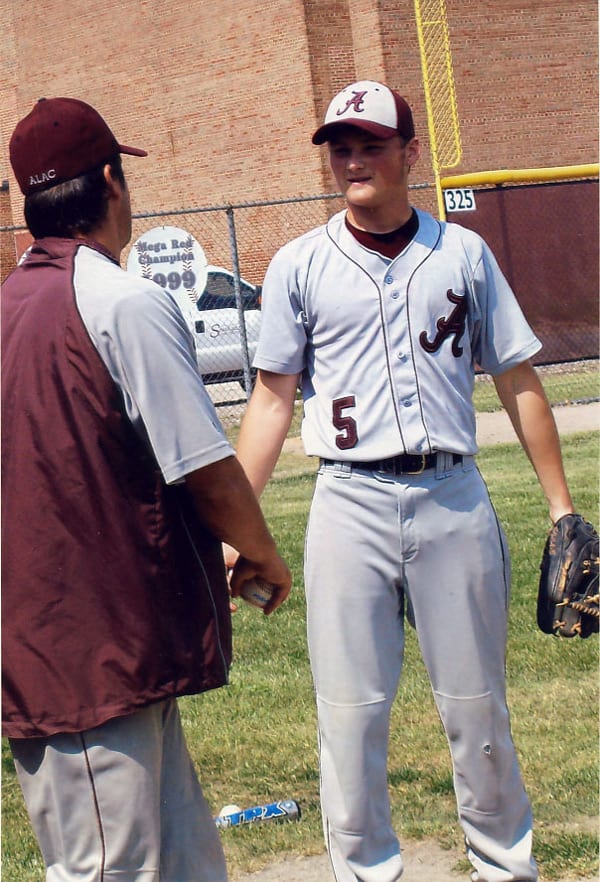 By Daniel Gretzner
Southgate Anderson is the site of a Michigan High School Athletic Association baseball district tournament. The event begins May 29.

Anderson head baseball coach David Fast and his Titan team are in second place in the Downriver League. They were owners of a 16-10 overall mark at presstime. Anderson also is the defending Downriver League champion as well as owner of a 2011 district championship.

Fast has been the baseball mentor at Anderson for the past five years.

“I’m happy that our team and school will host the pre-district in state playoff competition,” Fast said. “We would like to win it, but first we need to get by Taylor Truman in the opening round.”

Titan baseball fans would like to see the host school dominate the competition. That possibility looms a bit large considering Taylor Truman could prove strong enough in diamond action to knock off the Southgate squad.

Four seniors, playing a variety of positions, lead the way for the Titans this season. They are Eric Laginess, Devon Bronson, Craig McNees and Ray Brown. Bobby Bellon, a junior, is being counted on to throw heat as the Titans prepare to make a solid showing in the districts.

As of last week, Trenton has the edge in 2012 standings of the Downriver League, at 11-4. Anderson is next with a 10-6 mark while other teams above .500 are Allen Park, Taylor Truman and Taylor Kennedy.

Wyandotte swept a double header from Allen Park last Wednesday 8-3 and 7-5. The Bears may have spoiled the Jaguars’ shot at a share of the Downriver League title by taking two from coach Glenn Gulliver’s squad. The boys from Champaign Street flirted with first place most of the season untill the Bears came to visit.

Local Downriver and Dearborn prep teams are finishing up the regular season with a few makeup games, then it’s on to pre-district play and the state tournament.