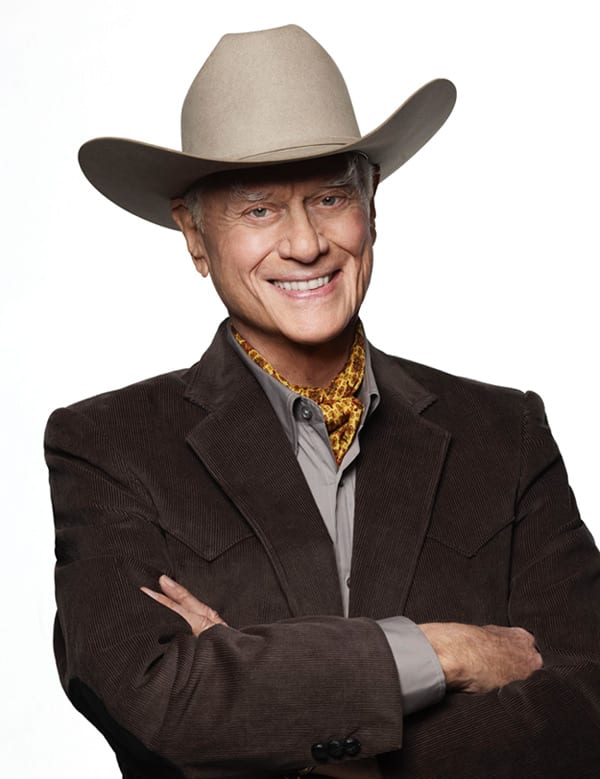 By Cindy Elavsky
Q: I’ve been hearing about the new “Dallas,” but haven’t been able to find it on the schedule. Please tell me the show wasn’t scrapped before it even aired! — Cara D., via e-mail

A: Don’t you worry: “Dallas” returns to TV for 10 episodes on TNT beginning Wednesday, June 13, at 9/8c with a two-hour season premiere. You’re not the only one who’s excited. Personally, I can’t wait to see what the new generation of Ewings has in store for us — and Larry Hagman as J.R. will be up to no good, for sure.
* * *
Q: I was dismayed to read that “GCB” wasn’t renewed for a second season! Is there anything we can do to save this show? — Vivian D., via e-mail

A: I’m not sure if we can save the show — if you read my column regularly, then you know I LOVE this show! — but we sure can try. First, there is a website set up where you can sign a petition: SaveGCB.com. I spoke with two of the series stars about its cancelation, and they are just as sad as we are. Eric Winter, who plays Luke Lourd, told me that “GCB” deserved to be saved because “the ‘GCB’ fans are the real deal. They’re passionate and they love their show. This is an extremely creative and smart show that just needs more of a chance to take off and run.”

Mark Deklin, who plays Blake Reilly, echoed Eric’s sentiments, telling me: “What’s really touched me the most is the way the fans have embraced Blake and Cricket. The outpouring of love and loyalty across all the social media has been astounding. So my gratitude to the fans is huge, as is my admiration and affection for my colleagues. On the night we got the news that we weren’t being renewed for a second season, I got a text from Miriam (Shor, who plays Cricket) that said, ‘I will miss you most of all, Scarecrow.’ If there was a moment in which I got a little choked up, it was probably the moment when I read that text. I’ve become incredibly fond of the Caruth-Reillys.”
* * *
Q: Can you tell me if my favorite show, “Harry’s Law,” will return next season? — Laurie B., Canton, Mich.

A: This is the part of my job that I hate: Telling good readers like you when a network has canceled their favorite show. “Harry’s Law” really struggled with ratings its second season — my guess is fans didn’t/couldn’t keep up with all the day and time changes that NBC kept dealing it.
* * *
Readers: I have had dozens of people write in to ask about the fate of NBC’s “Community,” and I am thrilled to report that the offbeat comedy has been renewed for a 13-episode fourth season. While it might be shorter than normal, let’s just be glad we even got another season with this talented group!