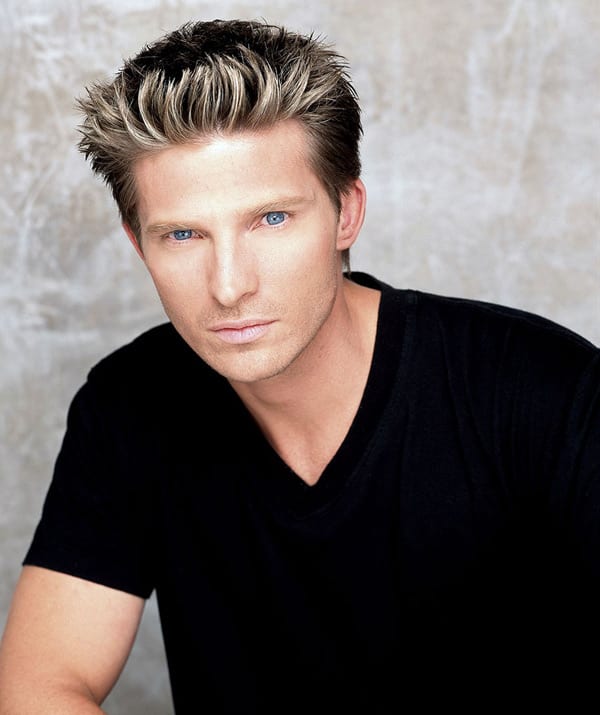 THE BOLD AND THE BEAUTIFUL
Bill was able to get Deacon released from prison, but at a price. Steffy was stuck on the private jet to Italy with lovebirds Hope and Liam. Bill talked Steffy out of returning to Los Angeles before the wedding. Deacon felt guilty for what he was about to do after learning what a wonderful person his daughter turned out to be. Stephanie and Eric regretted not going to Hope’s wedding. Ridge and Brooke went on a romantic sightseeing tour through the Masseria olive grove. Bill threatened to send Deacon back to prison if he didn’t go through with their plan. Brooke reached out to a despondent Steffy. Wait to See: Katie overhears Marcus discussing Bill’s scheme. Brooke discovers that Deacon is in Italy. Liam has a change of heart.

DAYS OF OUR LIVES
Jack told Jennifer that the book about his kidnapping would be published soon. EJ bailed Will out of jail but made him promise that he would do whatever was asked of him in return. Rafe was put in charge of Stefano’s murder investigation. Kate burned her divorce papers from Stefano. Lexie told Theo that she would always be watching over him. Andrew planned to kidnap Melanie so that Gabi could have Chad all to herself. Ian spiked Brady’s protein shake with drugs. Bo and Hope began couples therapy with Marlena as their therapist. Kayla admitted that she and Steve were having marriage problems. Victor begged Maggie for a second chance. Wait to See: Madison asks Brady to take a drug test. Cameron and Abigail grow closer. Neil might hold the key to Will’s innocence.

GENERAL HOSPITAL
Kristina’s producer refused to shut down her reality show. Spinelli was hopeful for a future with Maxie after Matt’s confession. Kate had a flashback as Connie in her teenage years. Tracy declared her love to Luke and kissed him. Johnny felt guilty around Starr. Jason spent time with Elizabeth while trying to get over Sam. Sonny was honest with McBain about what happened to Theresa all those years ago in Atlantic City. Dante didn’t much care for the idea of Lulu and Johnny becoming business partners. Luke and Anna shared a surprise kiss. Kate re-emerged from hypnosis with all of her memories about Connie intact. Wait to See: Anna makes a confession. Mac and Felicia get reacquainted. Heather is determined to find a job.

THE YOUNG AND THE RESTLESS
Phyllis had a miscarriage before her wedding to Nick. Later, Katherine officiated the wedding, and Nick and Phyllis were pronounced husband and wife. Genevieve paid Kevin to investigate who was stealing from her Swiss bank account. Heather kicked Ricky out of his apartment. Paul started an investigation after learning that Tim Reid was missing. Nikki and Sharon got into an altercation at the stables. Abby admitted that she loaned Jack the money to buy Beauty of Nature. Sharon and Nikki were arrested for assault. Wait to See: Phyllis’s past crimes are revealed. Victor and Nikki declare a truce. Daniel reaches his limit with Daisy.