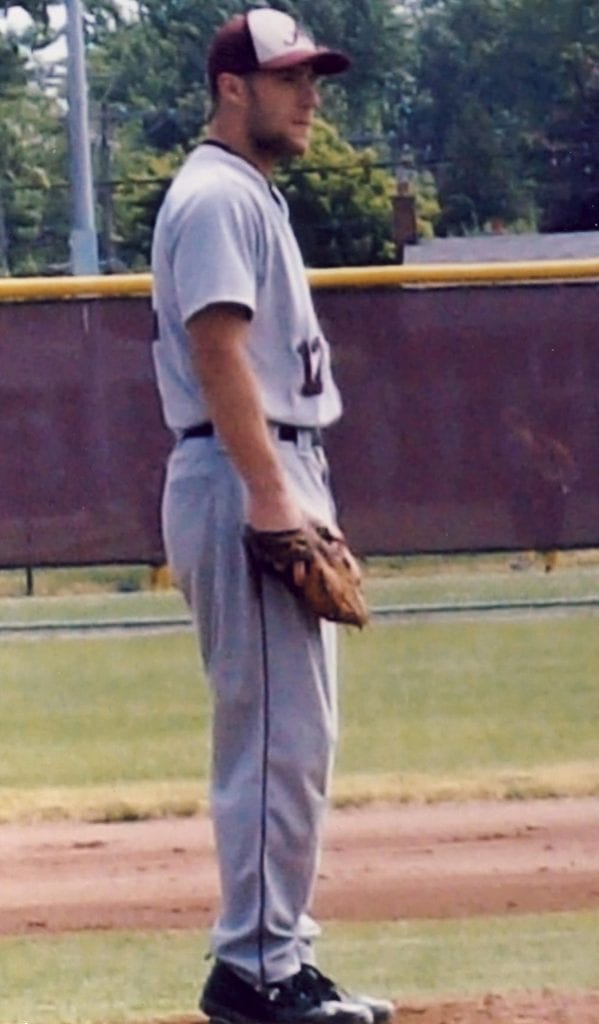 Photo by Daniel E. Gretzner
Southgate Anderson’s Devon Bronson, senior left-hander, gets the sign for the next pitch. Southgate is in the Monroe Divisional Regionals.

By Daniel Gretzner
It was Allen Park’s varsity baseball nine that proved to be the best team in the Dearborn High School Division 1 district tournament. The Jaguars outplayed Dearborn 12-2, Edsel Ford 7-2 and Lincoln Park 5-1 to earn the title.

In other Division 1 district action, Southgate Anderson knocked off Wyandotte 2-1 and Woodhaven 6-5 on June 2. Those two victories enabled the Titans to secure the district championship and keep them alive going into regional play. These two local District baseball winners, Allen Park and Southgate, played each other in the Monroe regional semifinals on Saturday, with the winner facing either Wayne Memorial or Saline in the finals.

Jake Makowski and Nick Willets have been sharing the pitching chores for Allen Park. Both hurlers should see mound action as the Jaguars go deeper into state playoff competition.

Southgate coach Dave Fast had his ace pitcher, Devon Bronson, ready to take the mound in Regional play. Bronson is a senior southpaw with a number of wins under his belt. Titan fortunes will no doubt depend on his next starting assignment.

The three Dearborn schools all went out early in Division 1 districts, leaving two Downriver prep squads still in the hunt to claim a regional championship.