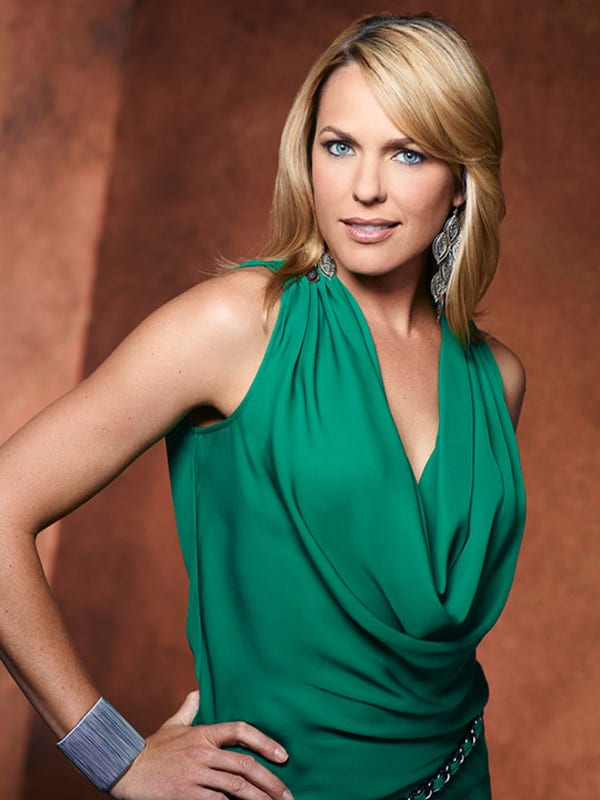 Arianne Zucker stars as “Nichole” on “Days of Our Lives.”

By Dana Block
THE BOLD AND THE BEAUTIFUL
Steffy made Liam’s decision for him when he once again had trouble choosing between her and Hope. Bill feared that Hope has figured out his plan involving Deacon. Hope asked Brooke to be her maid of honor at her wedding. Brooke encouraged Ridge to be there for Hope so that she wouldn’t ask Deacon to walk her down the aisle. Stephanie tried to convince Liam to change his mind about Steffy. Liam asked his father, Bill, to be his best man. Without consulting Liam, Hope invited Steffy to be part of the wedding party in Italy. Bill made the final arrangements in his plan to keep Hope and Liam apart for good. Wait to See: A couple in love becomes engaged. Ridge and Brooke take a romantic walk through Italy.

DAYS OF OUR LIVES
Roman had his hands full narrowing down the list of suspects in Stefano’s shooting. Roman learned that EJ had been excluded from Stefano’s will just before he died. Ian wondered if Kate was capable of killing Stefano. Nicole successfully manipulated Daniel into changing the DNA tests so that EJ wouldn’t be listed as her baby’s father. Andrew figured out why Gabi wanted him to stalk her — to get sympathy from Chad. Will’s hand tested positive for gunpowder residue. Carrie secretly pined for Rafe, but was willing to give her marriage to Austin her full attention. Wait to See: Rafe tells Gabi that her modeling career is over. Will is arrested for murder.

GENERAL HOSPITAL
Jason and McBain teamed up to find Sam and her baby. Carly insisted on complete honesty if she and Johnny were to get back together. Tracy and Luke were arrested for illegally disposing of a gun. Olivia grew increasingly suspicious of Heather. Kate was surprised by Starr’s forgiveness. Matt and Maxie spent their first night together as husband and wife. Meanwhile, Spinelli was overcome with heartache. Sam wasn’t dealing with reality. Alexis awoke to cameras courtesy of Kristina’s “Mob Princess” reality show. Maxie discovered that Matt was missing. Jason wondered if Sam would ever forgive him. Anna accepted the job as police commissioner. Wait to See: Kristina tries to stop production of her show. Lulu makes a deal with Johnny.

THE YOUNG AND THE RESTLESS
Genevieve made the ultimate sacrifice and turned over her financial records so that Cane could escape prosecution. Victoria admitted that she told Victor about Sharon and Billy’s affair. Later, Billy accused Victoria of being just as devious as her father. Ashley was willing to give Tucker one last chance despite his repeated infidelity. Ricky threatened to write a tell-all book about Phyllis. Jack celebrated his rare victory over Victor in the business world. Tim swore to Phyllis that he shredded her file years ago. Michael told Phyllis that he could no longer be her confidant. Victor shoved a nosy reporter at the gym. Wait to See: Tragedy strikes on Nick and Phyllis’s wedding day. Paul runs to Heather’s rescue.