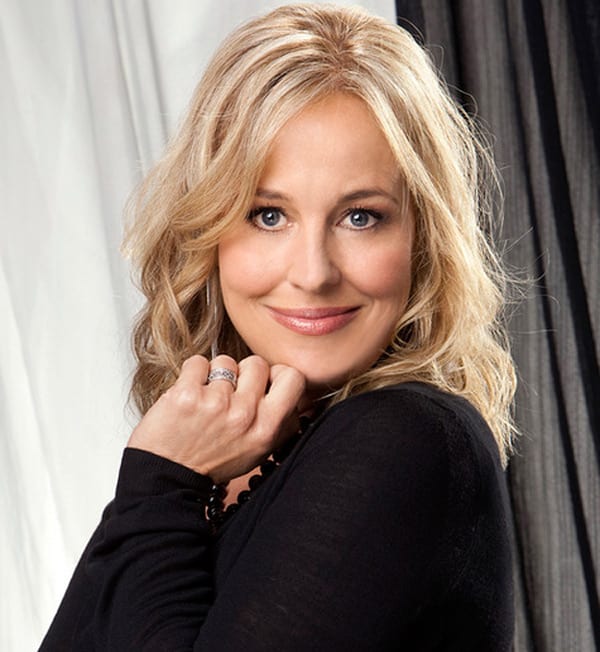 Genie Francis stars as “Genevieve” on “The Young and The Restless.”

By Dana Block
THE BOLD AND THE BEAUTIFUL
Steffy sat at a cafe, knowing that Liam was in the process of marrying Hope. Meanwhile, Hope was floored when she saw her father, Deacon, in Italy on the way to her wedding. Liam felt jilted at the altar after Hope never showed up. Katie demanded to know what Bill was up to in Italy. Deacon felt guilty for his role in helping to break up Liam and Hope. Liam found a note from Hope that made it look like she didn’t want to marry him. Bill thought his scheme was working perfectly. Hope and Liam finally met up, but would Hope be able to explain what happened? Wait to See: Katie learns the true nature of Karen and Danielle’s relationship. Bill and Katie discover their unborn child’s gender.

DAYS OF OUR LIVES
Brady was hurt by Madison’s request to take a drug test, but complied anyway. Maggie forgave Victor for not telling her about the eggs. Cameron decided to stay in Salem not only to help raise Theo, but also because of his attraction to Abigail. Andrew kidnapped Melanie and sent Chad a text message pretending that she left town. Lexie succumbed to her illness after asking Abe and EJ to forgive one another. Will was close to discovering that EJ was not Stefano’s son. Carrie felt a chill as Kate warned her not to break Austin’s heart. After Will’s alibi checked out, EJ became the chief suspect in Stefano’s murder. Wait to See: Lexie leaves Abe a message on a DVD after her death. Brady’s drug test comes back positive.

GENERAL HOSPITAL
Heather was confident that she could land a job at “The Sun” newspaper. Tracy walked in on Luke and Anna in bed together. Monica supported Jason during troubled times. Lulu and Johnny got started on their project to revitalize the Haunted Star. Spinelli updated Olivia on Heather’s mysterious “husband.” Tracy and Anna both planned romantic evenings with Luke. Mac and Felicia shared a kiss. Maxie moved out after Spinelli accused her of being ungrateful. Luke was shocked by what measures Heather took to move Anthony’s body. Anna suspected that the Port Charles police department had a dirty cop. Wait to See: Kate has disturbing nightmares. Starr begins recording her new song.

THE YOUNG AND THE RESTLESS
Victor paid Nikki and Sharon a visit at the jail and told them to work out their problems themselves. Adam didn’t reciprocate when Chelsea told him that she loved him. Carmine tried to kidnap Chloe. Lauren realized that Daisy would have heard Phyllis’ cries for help from the hallway. Tucker covered Genevieve’s hotel bill after finding out she was broke. Adam accused Sharon of becoming a bitter woman. Abby crawled into the trunk of Carmine’s car. Wait to See: Daniel is accused of a serious crime. Eden comes dangerously close to discovering Ricky’s secret.