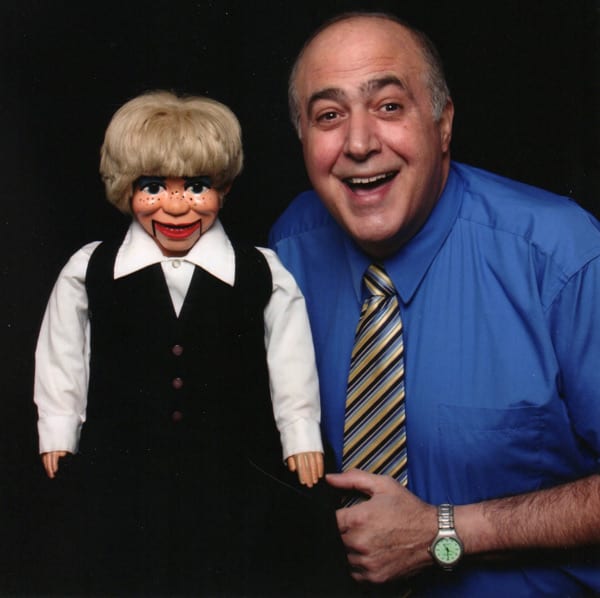 TAYLOR – Tom Smith, whose name has been synonymous with Taylor schools marching bands for the past three decades, is retiring at the end of this school year – but he will continue to entertain.

For the past 40 years, Smith has been a ventriloquist. While in the Air Force, he entertained the troops and even won a national Air Force talent show. He has continued to perform ever since and will turn to ventriloquism full time after retirement as a band director.

Smith began teaching in the Taylor School District in 1985. At the time, there was no high school band, so he helped start the Taylor Tri-Union Band, combining students from Taylor Center, Truman and Kennedy high schools. They traveled to all three high schools and performed during football halftime shows and basketball games.

As interest in band grew and student enrollment grew, Smith – a Kennedy band alumnus – agreed to stay at Kennedy High School to build its Music Department. In the early days, he had one band class with about 30 students and a small choir. He also traveled to eight elementary schools in Taylor.

Dennis Winnie became the band director at Truman and Dale Olmstead took over the band at Taylor Center.

“We would get beat up sometimes and walk away frustrated,” he said.

After a couple of growing years, the bands began to gain success. They received better ratings and the programs grew. After Taylor Center closed, both the Kennedy and Truman band programs prospered and became healthy rivals.

Smith stayed at Kennedy until 2007.

“I always felt there would be better middle school and high school programs if someone was in the elementary schools teaching full time,” he said.

When the Taylor schools’ Sixth Grade Academy was formed to teach just sixth-graders in Taylor, Smith joined the staff led by Principal Michelle Hernandez and Assistant Principal Matt Hall, who were supportive. Each year, there were more than 160 students in the band program.

In retirement, Smith said he will miss his students the most. He felt great emotion while attending a reunion for the Kennedy band last fall.

“Wow, these students are in their 30s now and many have families of their own,” Smith said. “Boy, do I feel old.”

Smith said he has great memories of past students and keeps in touch with them on Facebook.

Smith’s ability to entertain came early. When he was 10 years old, Smith said, his mother, Carmella Smith, “was lucky enough to find ventriloquism lessons in Lincoln Park with Patty O’Day. She was the only teacher of this kind throughout the Detroit area.”

His most memorable experience with ventriloquism happened when he was in the Air Force band stationed in Dayton, Ohio, in 1980. He showed his commanding officer some of his puppets.

The commander was impressed and decided to put Smith in an assembly program for recruiting purposes. He spent the next three years doing hundreds of shows and was featured with the 661st Air Force Band.

Smith went to the National Air Force Talent Show and won first place in his division and then traveled six months with a group of other talent show winners throughout the United States. In 1981, he was awarded a second-place trophy at the National Ventriloquist Convention held in Fort Mitchell, Ky.

Smith has performed hundreds of shows for talent agents throughout Michigan and also has booked his own shows for the past 30 years. He recently was featured as a headliner at Joey`s Comedy Club in Livonia. He will be performing at other clubs soon. Times, locations, and dates will be announced.

He also plans on presenting school assembly programs in the fall dealing with “Anti-Bullying,” “Parent Involvement In Our Schools” and “Self-Esteem.” He has been performing this past year at nursing homes, children’s parties, pre-schools, holiday get-togethers, anniversary parties, fraternal organizations, and other social events.