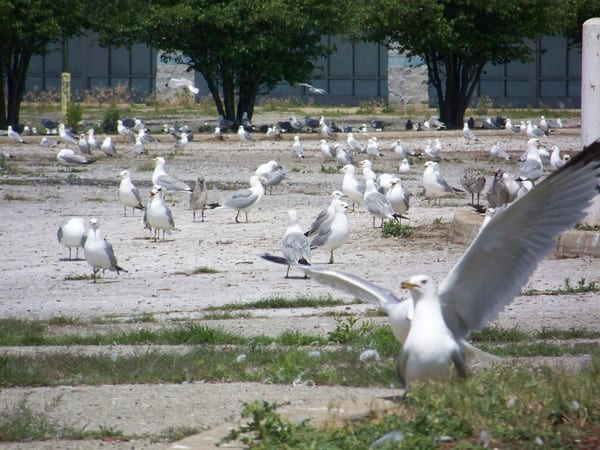 Photo by James Mitchell
In recent months Southgate’s population includes thousands of squatters camped out in the vacant Saturn dealership at Fort Street north of Pennsylvania Road. The overwhelming presence of the birds who typically swarm lake shore-living residents seems temporary, city officials said, although a few residents have asked if the city is set to recreate an Alfred Hitchcock classic. The birds began congregating during the extensive Fort Street rehabilitation project, during which tons of dirt has been turned over, and the vacant lot proved attractive. A new business will soon begin work at the site, and the Fort Street rehabilitation project will continue through the summer.