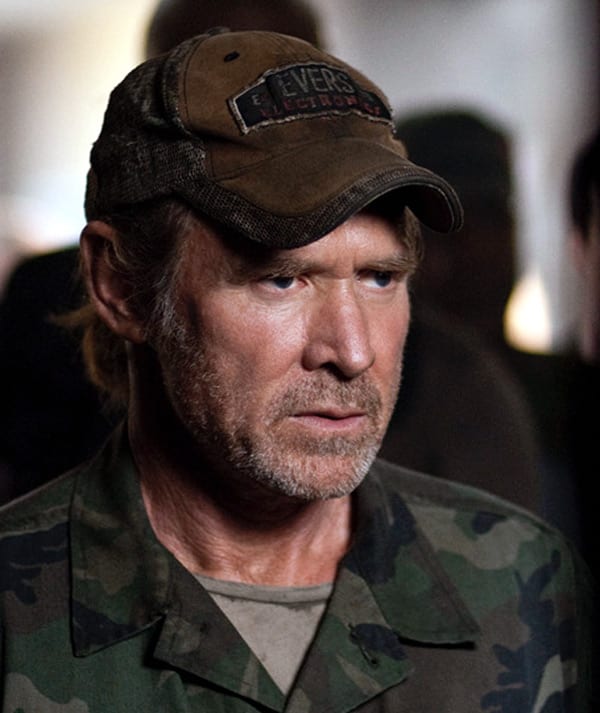 By Cindy Elavsky
Q: I was thrilled to read in your column that “Falling Skies” was returning to TNT, and I am loving every minute of season two. Can you give me any spoilers for what to expect in coming episodes? — Jack I., via e-mail

A: I spoke with series star and all-around good guy Will Patton recently (but keep the “all-around good guy” comment between us, as Will’s Capt. Weaver has a tough-guy rep to protect!), and while he didn’t want to ruin any surprises for the fans, he did give me a little bit of a scoop on what’s to become of 2nd Mass.

“We’re all working toward a common goal, with some dissension. Many of us have bonded in a new way. I think those of us who can step up to the plate and have a solidity are becoming more solid. For those who aren’t, it’s becoming more clear that they’re not, and it becomes a little more troublesome,” he said. “I think we’re going to go through hell, that’s what I can tell you. We go through a lot of hell, but there are moments of blue sky. I think there’s probably more moments of blue sky in this season than there were in last season, but there’s a great deal of dark danger too.”

That “dark danger” is what makes Weaver so much fun for Will to play, as well as letting viewers catch a glimpse of his softer side. Will told me: “It’s very interesting when you think about what it would be like to have to command in a situation like this. What is it you would have to do is maybe not what you would think, and being fair is not necessarily what we would normally think it would be.

“I think it requires not allowing people to see certain things about you. The greatest commanders had to find ways to wear masks, which was the greatness of their command. That’s what’s interesting about Weaver: When that mask comes down a little bit, it’s powerful. That’s intriguing to me about people because I think we all, in order to survive, have to pretend sometimes to be something that we’re not.”
* * *
Q: Both “NCIS” and “Missing” did not caption their finale show with “to be continued.” I am anxious to find out if they will return to TV in the fall? — P.R., via e-mail

A: “NCIS” consistently places in the top 20 — often top 10 — of television ratings, so you can bet it will be back for a 10th season. The Ashley Judd show, “Missing,” wasn’t so lucky. ABC decided to cancel the ratings-challenged series back in May.
* * *
Q: What has Charles Dutton been up to lately? — Gerry F., Atlanta

A: Charles has a new movie opening July 13 in select markets called “The Obama Effect,” which he stars in and marks his directorial debut. Keep an eye out for it in local theaters.