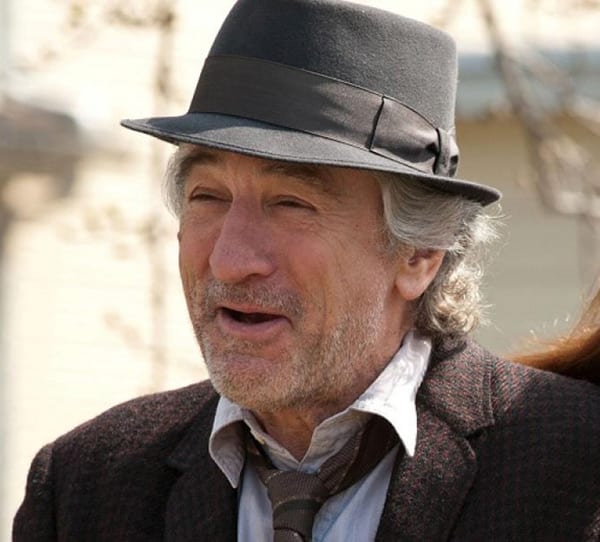 Robert De Niro in “Being Flynn”

PICKS OF THE WEEK
“American Reunion” (R) — Those kids from the smash-hit teen sex comedy of the late ’90s are back. Too bad they’re not teenagers, it’s not the ’90s, and since there has been a steady stream of “American Pie” sequels and spin offs, it’s hard to celebrate the return of the original cast. Jim (Jason Biggs), Oz (Chris Klein) and the foul Stifler (Sean William Scott) meet up with their old high-school chums for a high-school reunion and ceremonial rehashing of tired comedy material.

The raunchy humor that’s been the staple of the franchise also makes a return, but to hit-or-miss results. Sometimes Stifler says something vile in just the right way to be funny. Most other items of raunchy humor are less funny and more uncomfortable or disappointingly predictable.

“Quill: The Life of a Guide Dog” — This Japanese import follows a yellow labrador from his puppy days to adulthood as a guide dog for the blind. It’s in live action, and the dog does not talk. Quill is selected from his litter for training because as a puppy, he didn’t come when his master called — a sign of a good candidate. While it’s a fictional drama, the movie is surprisingly informative.

Quill is eventually matched up with a blind man who is not keen on being led around by a dog. Quill has to demonstrate the patience of his training along with the more loveable dog traits to show his owner that he can be trusted. It may be a bit slow for many kids, but youngsters who are passionate about animals and can keep up with the subtitles will be glued to the screen.

“Margaret” (R) — Anna Paquin plays Lisa, a bright teenage girl who inadvertently plays a part in a bus accident that kills a woman she’s never met. Her guilt infects her entire life, her schoolwork starts to suffer, and she begins to lash out at those around her. She wants to reach out to somebody, but gets confused by her feelings for her teacher (Matt Damon). Lisa navigates through an emotional minefield and takes the audience with her.

“Being Flynn” (R) — Nick Flynn (Paul Dano) has been mixed up since the death of his mother (Julianne Moore in flashbacks). His father, Jonathan (Robert De Niro in one of the best roles he’s had recently), was never around much and mostly just talked himself up as a great writer. Father and son meet in a homeless shelter where Nick is volunteering and Jonathan has sought refuge, still with the attitude that he’s a brilliant writer flung into another rich scenario.