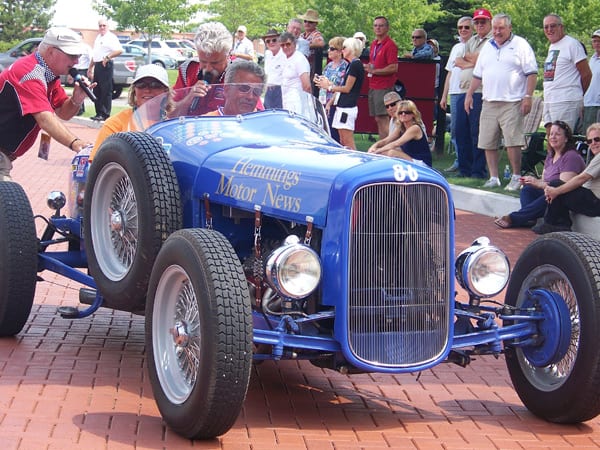 Photo by Sherri Kolade
Racers in antique, vintage vehicles competed in a controlled-speed endurance road rally on public highways during the nine-day Great Race that finished at The Henry Ford July 1. The competitors competed against time and distance and in several classes such as model-against-model and year-against-year. The nearly three-decade old annual race began in Traverse City on June 23, and for every day the participants raced the teams received instructions on where their next destination point would be. The teams drove through Ontario, New York, Pennsylvania and Ohio, ending in Michigan. Barry and Irene Jason of Texas won the Grand Championship Division in their 1935 Ford Coupe taking home a $25,000 check. Marie Parizo (left) and Jim Menneto of Vermont, pass the finish line in a 1932 Ford Speedster.