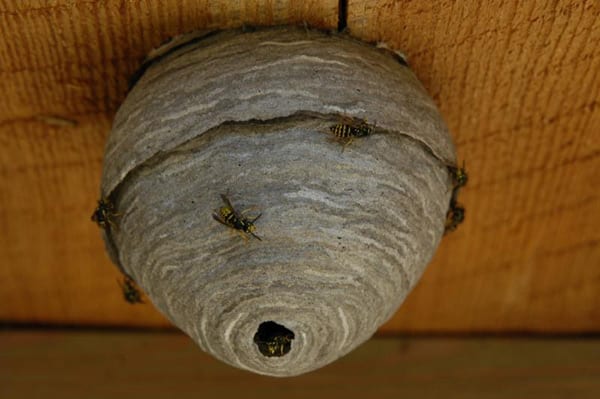 Photo courtesy of NewsUSA
Hornets and other stinging summer pests send more than half a million people to the ER yearly.

(NewsUSA) — It just wouldn’t be summer without the buzz of summer insects.

However, in addition to being a nuisance and invading outdoor activities, these summer bummers can cause severe allergic reactions. According to the National Pest Management Association, stinging insects send more than half a million people to the emergency room every year.

Stinging insects are especially active during the second half of summer, when the colonies forage for food that will sustain their queens during the winter.

“Stinging insects pose a major health concern for families around the country, and summer to late fall are the months when people are at the greatest risk,” says Missy Henriksen, vice president of public affairs for NPMA. “It is important to take certain precautions to ensure that you can avoid painful stings and a possible allergic reaction.”

Since stinging insects emerged from their hideouts earlier than expected this year, now is the time to start preventing trouble. Here’s what the experts at NPMA suggest:

• Do not swat at stinging insects.

• Do not leave sweet drinks or meats in accessible areas. Keep food covered in outdoor areas, and be sure to remove food and trash after picnics and outdoor events.

• Thoroughly rinse soda cans and other containers before placing them in recycling or garbage receptacles.

• Overseed grassy areas to get better coverage, as this will deter ground-nesting insects.

• If stung and experiencing signs of illness, seek immediate medical attention as allergic reactions can be severe.

• If at risk of an attack by a colony of stinging insects, run as fast as possible, and seek shelter inside a car or a house.

• Call a pest professional if you find a nest on your property or suspect an infestation, as the removal of any stinging insect nest can be dangerous.

Get more preventive help for pest management by going to www.pestworld.org.