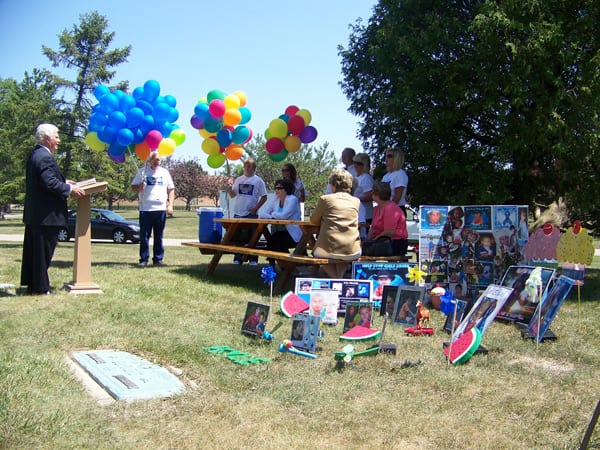 Photo by James Mitchell
Dozens of balloons filled the air over Michigan Memorial Park Thursday during a somber tribute to Kyle Holland, a 5-year-old boy mauled to death in July 2010. Kyle’s family and friends gathered at the Huron Township grave for a brief ceremony before the balloon launch held over his grave. Kyle’s mother, Debralynn Holland, and her then-boyfriend Earl Dwayne Adkins, owner of the dog that killed Kyle, were sentenced Friday on charges including involuntary manslaughter and second-degree child abuse. Holland will serve 20 months to two years in prison; Adkins was given a two- to 15-year prison term. Kyle’s family marked the two-year anniversary of his death by celebrating his spirit and pledging to work for the prevention of child abuse.