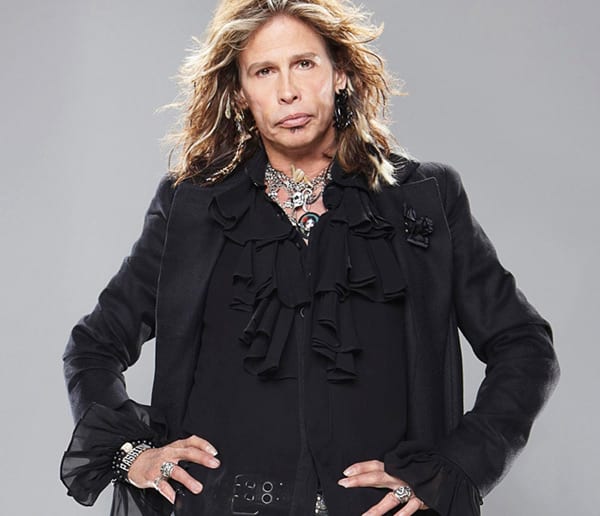 Q: I heard a rumor that Steven Tyler won’t be back as a judge on “American Idol.” Please tell me it isn’t true. He’s one of the main reasons that I watch the show! — Diana W. in West Virginia

A: The Aerosmith rocker recently announced he will indeed quit the show to focus on the band. Steven said, in true Steven style: “I’ve decided it’s time for me to let go of my mistress, ÔAmerican Idol,’ before she boils my rabbit. I strayed from my first love, Aerosmith, and I’m back.” His news came the day before Jennifer Lopez announced that she, too, was leaving the show. I’ll tell you, I wouldn’t mind seeing Richard Marx and Debbie Gibson in the judges’ chairs.
* * *
Q: Please tell me that “Falling Skies” will be back next summer for another season! — Jeffrey D., via e-mail

A: TNT’s blockbuster science-fiction drama about how the world fights back after an alien invasion definitely will be back next summer for a 10-episode third season. This no-brainer decision (“Falling Skies” is cable’s No. 1 drama in the 18 to 49 age market, and is No. 2 in 25 to 54, behind TNT’s other breakout hit, “Dallas”) will continue the quest of Noah Wylie’s Mason, Will Patton’s Weaver and Moon Bloodgood’s Dr. Glass as they lead the 2nd Mass resistance group toward survival and, hopefully, the kicking of some alien butt off the planet Earth.
* * *
Q: What has Shaquille O’Neal been up to lately? — Roger G., Franklin, Miss.

A: Shaq just signed on to star in a new series for truTV tentatively titled “Upload with Shaquille O’Neal.” The show will be hosted by comedian Gary Owen and co-star Shaq and comedian Godfrey, as well as a special guest for each of the 10 episodes. They will scour the Internet looking for the funniest online videos to comment on, and they’ll also create their own viral videos, pull pranks and parody current pop-culture stories.

Shaq had this to say about his new venture: “I’ve been a fan of truTV for a long time, and I look forward to working with my good friends Gary Owen and Godfrey. I’ve always tried to entertain people, and I know this show will deliver big laughs.”
* * *
Q: I remember a while back that Kelsey Grammer announced he and his wife were expecting. Has she had her baby yet? — Barbara D., via e-mail

A: Kelsey, 57, and Kayte, 31, announced earlier this year that they ecstatic couple were expecting twins. Kayte gave birth to a healthy baby girl in mid-July, but tragically, the baby’s twin brother did not survive. The couple said in a joint statement: “A glorious birth with a lingering sadness is ours today. We choose to celebrate the life that has been given us. We proudly introduce our Faith (Evangeline Elisa Grammer) to the world today looking forward to the days ahead and the children yet to come.”