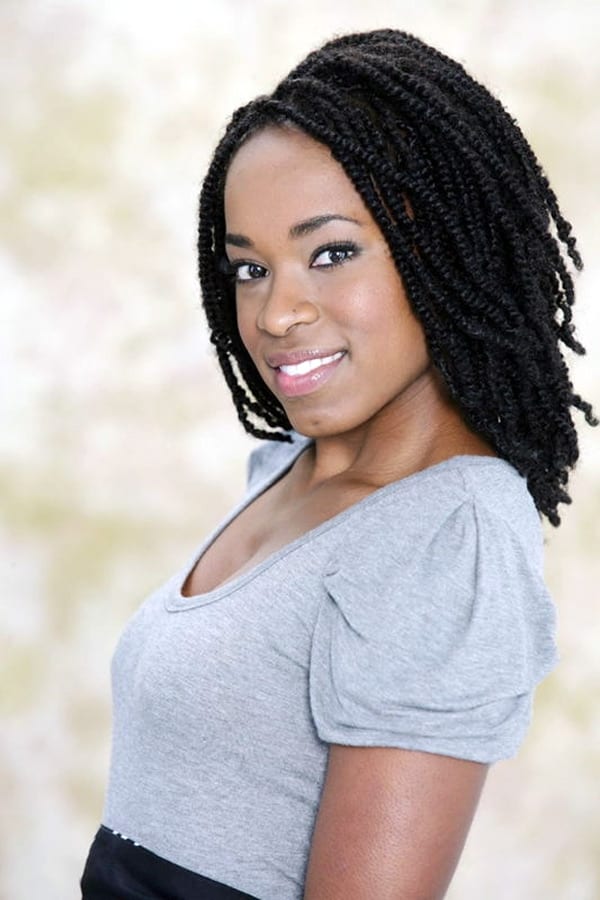 Kristolyn Lloyd stars as “Dayzee” on “The Bold and The Beautiful.”

THE BOLD AND THE BEAUTIFUL
Marcus and Dayzee were pronounced man and wife, but Dayzee was unaware that Marcus was keeping a secret from her. Brooke accidentally left the steamy video of Liam and Steffy on her computer, to which Hope also had access. After the wedding was over, Marcus came clean to Dayzee about what he had been hiding from her. Steffy and Liam spent a carefree afternoon together, but she later felt her old feelings resurfacing. After seeing the video, Hope realized that Liam didn’t tell her the whole truth about Italy. Wait to See: Taylor and Ridge confront Bill. Brooke urges Liam to believe in fate.

DAYS OF OUR LIVES
Brady figured out that Melanie made her cell phone call from the Salem tunnels. Lucas accused Sami of falling under EJ’s spell again after she bailed him out of jail. Jack told Abigail that he approved of her relationship with Cameron. EJ decided to jump bail. Maggie persuaded Victor to keep out of Daniel and Nicole’s relationship. EJ saved Sami’s life as shots were fired during his attempt to flee. Melanie escaped after an explosion rocked the tunnels, but Chad might not have been so lucky. Madison felt jilted at the altar when Brady didn’t show up for their wedding. Nicole began having signs of early labor. Wait to See: Abigail is trapped in an elevator. Ian feeds Madison’s insecurities.

GENERAL HOSPITAL
Anna rescued Luke from the fire that he accidentally set. Heather injected Olivia with a hallucinogenic. Connie paid Johnny a visit. Starr was grateful for having a new reason to live — Michael. Patrick admitted that he didn’t want to give up pills because then he’d have to face the reality of losing Robin. Todd sent Natalie a photo of John and Sam’s kiss. Johnny lost his temper after receiving a visit from Anthony. Kate tried to regain her position at Crimson. Ewen tried to rekindle his budding relationship with Elizabeth. Olivia’s family prayed for her recovery in the hospital. Patrick checked himself into a detox facility. Sam wasn’t ready to communicate with Jason. Wait to See: Alexis has a daring challenge for Shawn. Trey tries to get closer to Kristina.

THE YOUNG AND THE RESTLESS
Billy fired Phyllis from the magazine and decided to post her scandalous story on the cover. Later, Nick punched out Billy, unaware that the assault was caught on camera. Jack and Ashley fought over the future of Beauty of Nature. Jeff assured Gloria that he had no ties to Anita anymore. Adam surprised Chelsea with their new home — a mansion by the lake. Cane suspected that Genevieve was lying about all the mysterious things that were happening to her. Neil refused to allow Sofia to move to New York with their son. Chelsea accused her parents of just wanting her money. Wait to See: Ashley makes a surprising decision about her future. Jack and Nikki’s wedding day approaches.