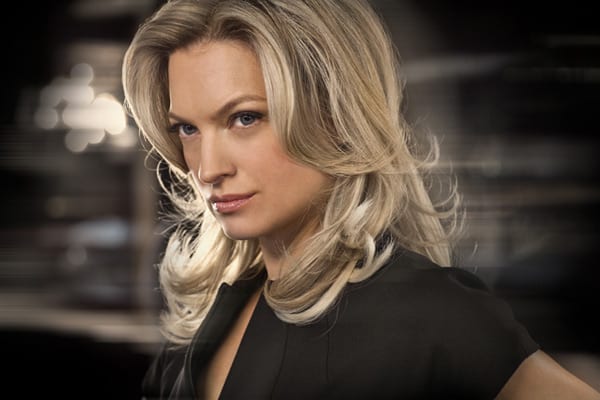 By Cindy Elavsky
Q: Can you tell me when “Boss” will be back on the air? I can’t wait to see what’s going to happen next! — Erin D., via e-mail

A: Kelsey Grammer’s political drama returns for its second season on Starz starting Friday, Aug. 17, for 13 all-new episodes. (In the week leading up to its premiere, Starz will be re-airing season one, so you can either get caught up on what you missed or refresh your memory.) I spoke with series co-star Nicole Forester, who plays Maggie, ambitious wife of Illinois State Senator Ben Zajac, and she gave me some teasers about what to expect this season.

“What you saw at the end of season one with Ben and Maggie is a good indicator of where they’re going, as far as Maggie taking the reins and doing whatever she has to do to keep her husband in a direction that will result in them going all the way to the Governor’s Mansion,” Nichole said. “This season is totally intense. Even though I’ve read the scripts and I know what’s coming, when I’m at home watching the episodes, I’m going: ‘Holy crap! I can’t believe it!’ And there’s only going to be more of that in season two. Every episode is just loaded with surprises, and it’s just intense all the way around.”

For my entire interview with Nicole and to learn more about “Boss,” as well as what it was like shooting “Jack Reacher” with Tom Cruise, go to celebrityextraonline.com.
* * *
Q: Can you tell me if “Justified” will be back for another season, and if so, when? Also, when will season three be out on video? This is my favorite show. — Peggy E., via e-mail

A: The Timothy Olyphant-starring Western crime drama will return to FX for a 13-episode fourth season in the beginning of 2013, although an exact date has not been given yet. If the release of the season three DVD follows in the pattern of the previous two, then it should be released in the weeks leading up to the season four.