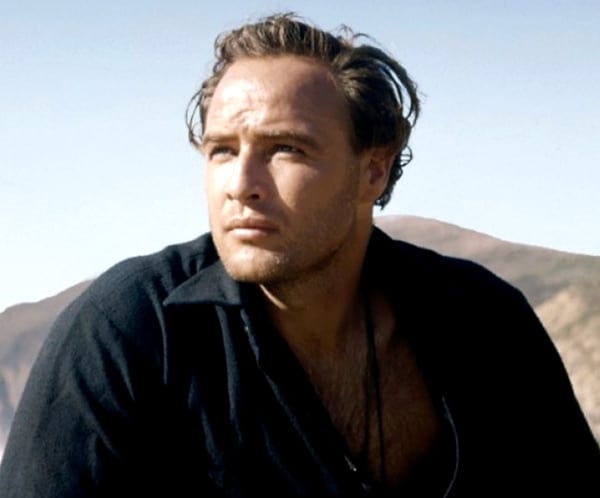 HOLLYWOOD — In l960, Marlon Brando was scouting locations for “Mutiny on the Bounty.” He fell in love with Tetiaroa, a 27-square-mile atoll, 33 miles north of Tahiti, with 1,445 acres of sand and 4.5 acres of lagoon, 100 feet deep. Brando bought the island for $300,000 and dreamed of making it part environmental laboratory and part resort. After his death in 2004, executors for his estate paved the way for a Tahitian developer to create a world-class sustainable resort. In 2013, Brando’s greatest dream will become a reality when “The Brando Resort” finally opens. Drawing power from solar energy, deep ocean-water cooling and coconut-oil biofuel, it can sustain 35 villas with 100 percent renewable energy, and is set back from the beach, in accordance with Brando’s wishes. That’s one place you’ll never see “A Streetcar Named Desire”!
* * *
A fan wrote to ask: “What’s become of “Gossip Girl’s” Chace Crawford’s movie career? In May, he appeared in “What to Expect When You’re Expecting,” with Cameron Diaz, Jennifer Lopez, Dennis Quaid and Chris Rock. The film took in $74 million; unfortunately, it cost $40 million just to produce. In June, he appeared in “Peace, Love & Misunderstanding,” with Jane Fonda, Jeffrey Dean Morgan and Rosanna Arquette. The film took in a paltry $105,960 in the U.S. because of unfavorable reviews. Two other projects, one with Katie Holmes, and the other, “The House Gun,” about a South African man accused of killing his housemate, with Pierce Brosnan as his father, seem to be lost in limbo. And he dodged a bullet when he dropped out of the “Footloose” remake … maybe Chace should fire whoever is picking his movies!
* * *
Due to the major studios running scared, playing revolving door for the best release dates, we can’t believe how many films have been pushed back to next year. “The Great Gatsby,” directed by “Moulin Rouge’s” Baz Luhrmann, starring Leonardo DiCaprio, Tobey Maguire and Carey Mulligan was scheduled for an August release, but now will not open until sometime next year. “The Man of Steel” with British actor Henry Cavill as Superman, along with Amy Adams, Michael Shannon, Kevin Costner, Diane Lane and Laurence Fishburne, won’t open until June 2013.

The George Clooney/Sandra Bullock flick “Gravity” has been delayed until sometime in 2013. Josh Brolin, Ryan Gosling, Nick Nolte, Emma Stone and Sean Penn won’t be seen in “Gangster Squad” until January. Sylvester Stallone’s “Bullet to the Head,” Brad Pitt’s “World War Z,” Jeremy Renner’s “Hansel & Gretel: Witch Hunters” and Channing Tatum’s “G.I. Joe: Retaliation” also have been pushed to next year. By the time these films come out, we may have read so much about them we’ll think we’ve already seen them!