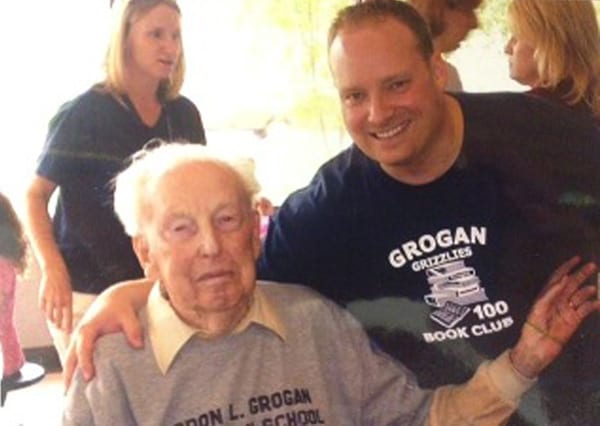 The district confirmed the appointment last month of Rick Kennedy to head Grogan, a role he previously performed on occasion when Barlage was away from the district.

“Rick was the top choice for the committee,” Grusecki said. “He’s served in a variety of leadership capacities and did an outstanding job. He’s very well respected by the parents, teachers and other staff.”

Kennedy’s reputation began 10 years ago when he began his career with Southgate, five years teaching computers and technology and then another five instructing second-graders. Kennedy concluded his master’s degree in Educational Leadership through Wayne State University while teaching and living in Southgate.

On the job he met his wife, Alicia, a Southgate teacher beginning her eighth year with the district. The couple’s 4-year-old son, Brayden, will begin preschool this year at Shelters.

While certainly preparing himself for a leadership role, the unexpected opening this year took Kennedy by surprise.

“It’s humbling,” Kennedy said. “People have been very positive; a lot of people reached out with emails and cards. They supported me through years as a teacher, too. The biggest thing is being able to develop a good relationship with parents and students.”

Born in Trenton, Kennedy grew up in Southgate and called his teaching career in the district “a dream come true and I take tremendous pride in educating and raising the standards for our students.” Kennedy said his preparation for the challenge included an internship in educational leadership served under Barlage, as well as lessons learned from technology director Mike Toschi and curriculum director Jill Pastor.

As with the district, Kennedy looks forward to “a fresh start” when school begins Tuesday.

“I always wanted to do more,” he said. “In this position I feel I’ll be able to make more decisions and lead our students and staff.”