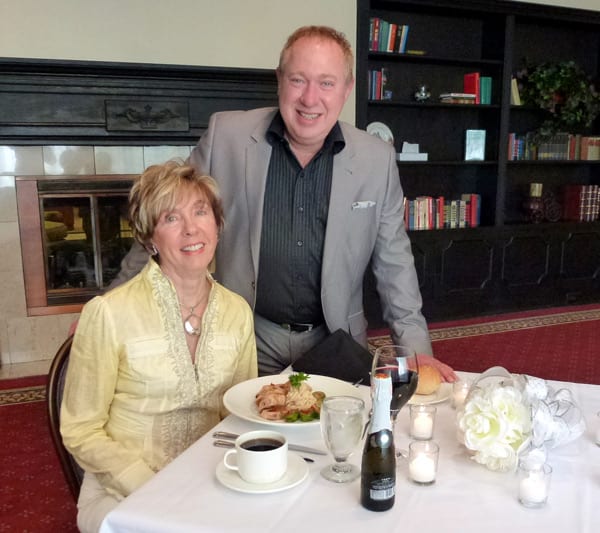 By GRETCHEN
ACKERMANN-MOSS
Special to the Times-Herald/
Sunday Times
Dearborn Symphony co-chairs Gloria Nycek and John Matthews Jr. are preparing to roll out the red carpet for the “A Night at the Oscars” fundraiser which will formally open the 51st season for the Dearborn Symphony Orchestra.

They have engaged the Henry Ford Community College 17-piece Big Band to perform shortly after dinner under the direction of maestro Rick Goward, now in his 29th year at the college.

The black-tie gala takes place Sept. 15 in the ballroom at the Fairlane Club.

Tickets are $175 ($300 for benefactors), and can be obtained by calling 313-565-2424. Valet parking will be provided. A silent auction of select experiences will precede the “Oscars” award presentation, which promises to be a surprise to all guests.

Dearborn Symphony artist-in-residence Jacqueline Csurgai-Schmitt will perform at the piano before dinner. A champagne reception is at 6 p.m. with dinner to follow at 7. The gala also will feature a martini bar and wine.

The HFCC Big Band has performed at major jazz festivals worldwide, and this summer made a return engagement at Europe’s oldest jazz festival, Jazz a’ Juan Festival.

Recently they were honored with the Wayne County USA County Executives Award by the Wayne County Council for Arts, History and Humanities. Their credit list also includes 25 performances at the Detroit Jazz Festival. They have also performed at the New Orleans Mardi Gras and Edinburgh International Festival

The HFCC band includes young professional musicians, music educators and music students who enroll at the college to continue their performances and study big band literature.