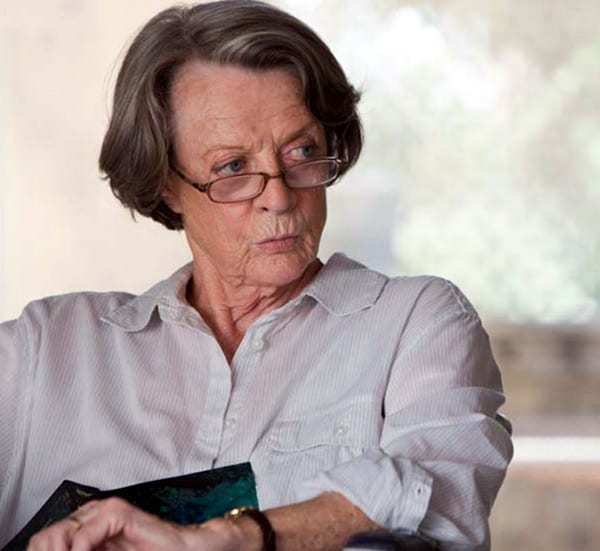 PICKS OF THE WEEK
“Best Exotic Marigold Hotel” (PG-13) — A handful of English retirees elect to outsource their golden years to a little place in India. Lured by brochures and sales pitches, the group discovers upon arrival that their retirement resort is really a run-down mess in a crowded, unsanitized part of a country they know nothing about. Each thinks they’re old enough to know everything, but now they all have to learn how to appreciate what’s around them.

Yes, it is that predictable, but in a sweet way. I neglected to say that the cast playing the old fogeys comprises some of the most seasoned and respected British actors: Judi Dench, Maggie Smith, Billy Nighy and Tom Wilkinson deliver top-notch performances that make the cliches acceptable and save the overall experience.

“Cabin in the Woods” (R) — This is the movie that slashes the horror genre to ribbons. A bunch of hyper teenagers head out to a cabin in the woods. Anybody could predict that psycho slashers and malevolent spirits will certainly ruin the weekend. Just when you think you know what’s about to happen, when you are just so sure you know how things play out, everything changes.

Is it still scary? Yes. How scary? As scary as the thought of being already terrified when your brain actually explodes. It’s also very funny. Writer Joss Whedon proves his mastery of parody by making a horror movie about horror movies that is scarier and funnier than most horror movies.

“The Magic of Belle Isle” (PG-13) — Short on ideas and enthusiasm, a curmudgeonly old writer with a soothing voice (Morgan Freeman) heads for a quaint island town in upstate New York. Once a married man and a celebrated author of Western novels, he’s since been widowed and spends his time drinking and making barbed comments toward his nephew (Kenan Thompson). But when he meets the pretty single mom next door (Virginia Madsen), his heart grows more tender with each scene they share. Conflicts are resolved slow and easy, with cheesy, trite one-liners. Tension? Surprises? There’s no room for those on this island. Morgan Freeman is a pro and gives a good performance, but the magic just isn’t there.

“Detachment” — Depending on your point of view, this movie is either high-powered and artistic, or just an unrelenting bummer. Adrien Brody plays a talented teacher who is so sad on the inside that he chooses to remain a substitute to avoid making emotional connections with students or colleagues. Bryan Cranston, James Caan, Lucy Liu and other fine actors play similar struggling professionals pouring themselves into education. The movie is so sulky that it loses the profound emotional impact that it’s going for.