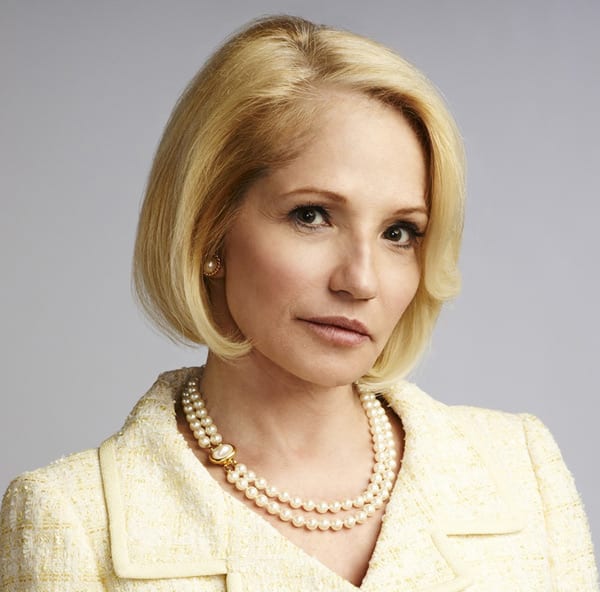 HOLLYWOOD — If you thought that censorship in television doesn’t happen in today’s progressive society, you’d be wrong. “American Horror Story,” “Nip/Tuck” and “Glee” producer Ryan Murphy isn’t “Glee”ful these days, thanks to KLS-TV, the NBC station in Salt Lake City, Utah, owned by The Church of Jesus Christ of Latter-Day Saints, aka Mormans, who banned his upcoming show, “The New Normal,” even before its premiere. Seems they objected to the premise of a gay couple having a baby via a single-mom surrogate who has a “small-minded” grandmother, played by film star Ellen Barkin.

Barkin immediately tweeted back, “Shame on u (KSL-TV), on (‘Law & Order’) ‘SVU,’ rape and child murder is OK? But, (a) loving gay couple having a baby is inappropriate?” The Gay and Lesbian Alliance Against Defamation (GLADD) said, “Same-sex families are a beloved part of American television thanks to shows like ’Modern Family,’ ’Glee’ and ’Grey’s Anatomy.’ While audiences, critics and advertisers have all supported (these kind of) shows, KSL (TV) is demonstrating how deeply out of touch it is with the rest of the country.”
* * *
The upcoming election has taken over our televisions. Big-name stars are choosing sides, while the media and the TV networks perpetuate the myth that the American people actually elect the president of the United States. In fact, it’s the people we elect to represent us in Washington, D.C., who make up the Electoral College that actually selects our president. In a perfect world, they’d vote the way we the people do, but it doesn’t always turn out that way.

In 1824, John Quincy Adams was elected president, but Andrew Jackson won the popular vote. In l876, Rutherford Hayes won, but Samuel Tilden was the people’s choice. In 1888, the incumbent President Grover Cleveland won the popular vote, but Benjamin Harrison was elected to office. More recently, George W. Bush took office after the 2000 election, even though Al Gore was the popular vote-getter. So how much weight does our vote actually have? We would all be wise to stop accepting what the news media tells us and try to find a better way to pick our presidents in the future.
* * *
Ryan Murphy’s “American Horror Story” is going through major changes. When the show returns in October for its second season, it will be called “American Horror Story: Asylum.” Two-time Oscar winner Jessica Lange returns, but Dylan McDermott and Connie Britton are gone. Zachary Quinto, James Cromwell and Joseph Fiennes are main cast members, while Mark Consuelos and “The Voice’s” Adam Levine are recurring. You won’t hear Adam’s singing “Voice” on this one, else they’d have to call it “American Horror Story: The Musical Asylum”!