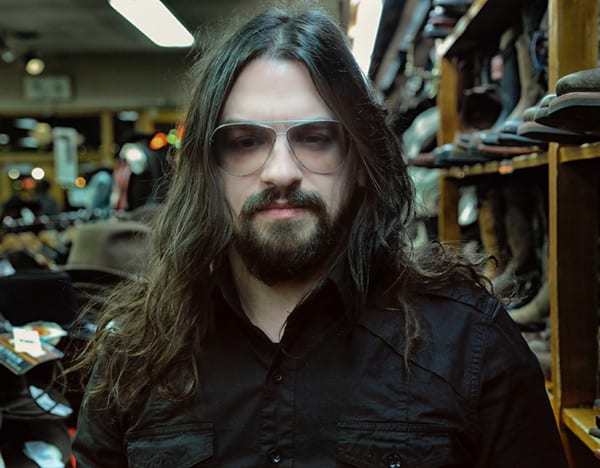 By Cindy Elavsky
Q: I saw a video on CMT by Shooter Jennings, and he sounds and looks so familiar. Is he related to the late Waylon Jennings? — Travis R., via e-mail

A: Shooter is the country-music star’s son with wife (and fellow country singer) Jessi Colter. Shooter grew up surrounded by legends: Waylon, Johnny Cash, Willie Nelson and Kris Kristofferson. You can catch Shooter beginning Sunday, Oct. 7, at 8 p.m. EDT on Ovation, where he participates in the six-part documentary series, “Johnny Cash: Song by Song,” sharing his recollections of the Man in Black.

Shooter shared some memories of Cash with me when we spoke recently: “One of the first things I think that has not been documented very well about Johnny Cash is how funny and goofy and charming he was. He wasn’t a brooding, dark, stoic character. He’d play jokes on people and do things to make little kids laugh. He was like a big kid. My dad was like that too. That’s the way they were together too.”

If you want to read more about Shooter, Waylon and Cash, as well as how Shooter has carved his own niche in the country-music world, check out our interview at celebrityextraonline.com.
* * *
Q: What can I see Jennifer Garner in next? — Vivianne A., via e-mail

A: Jennifer stars in a new movie called “Butter,” which hits theaters Oct. 7. I’m not only eager to see Jen, but check out this cast: Alicia Silverstone, Rob Corddry, Ty Burrell and Hugh Jackman. I can’t begin to explain the movie (which is about a butter-sculpting competition) — you’ll just have to see it for yourself.
* * *
Q: I watched the “Price Is Right” 40th birthday show, and was dismayed to see that Bob Barker wasn’t there to celebrate. Was he not invited, or was he unable to attend? I can tell you his presence was definitely missed! — Ada E. in Arkansas

A: Bob Barker, the original emcee for the long-running game show, was not invited to the birthday bash, which came as a shock to many longtime viewers, and to the man himself. Bob told “TV Guide Magazine”: “I don’t know why I wasn’t asked to take part in some way. But I do know I am ashamed of the show and surprised at their complete disregard for the welfare of animals. (When I was there,) we never did anything that condoned animal cruelty. Apparently, things have changed.”
* * *
Q: What does Patrick Wilson have planned since CBS’s “A Gifted Man” was canceled? — Nicki C., via e-mail

A: Patrick’s next role is opposite Alec Baldwin in the big-screen thriller “Caught Stealing.” Alec plays a sadistic cop to Patrick’s down-on-his-luck former hot shot who gets caught up in a web of very bad things. The movie is based on a book of the same name by Charlie Huston, which is the first installment of the “Hank Thompson Trilogy.”