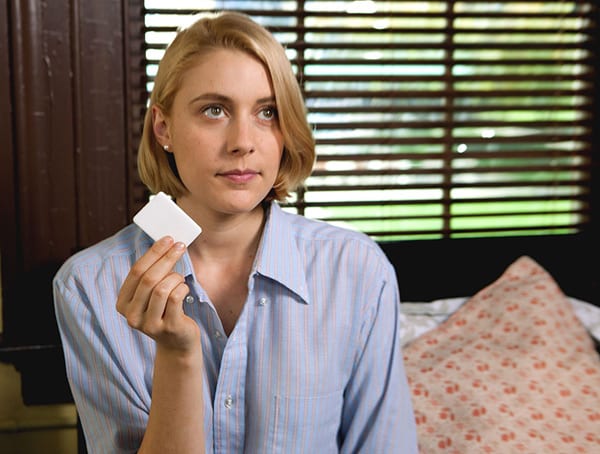 Greta Gerwig in “Damsels in Distress”

PICKS OF THE WEEK
“Marvels The Avengers” (PG-13) — The blockbuster hit of the summer is now available for your home viewing. Earth’s mightiest superheroes are assembled into one team to defend the world from an alien invasion led by Loki, the Norse god of chaos. Add that weird plot to truckloads of special effects and a star-studded cast wearing colorful costumes, and somehow it all works. Of course it’s loud and silly, but it’s also a very fun ride, even for those who own fewer than 100 comic books.

Other super-movies have struggled to maintain focus with just one hero. This movie uses Iron Man, Captain America, The Hulk, Thor, Black Widow and Hawkeye without getting too distracted. Director/writer Joss Whedon took on the ambitious endeavor and got audiences to suspend disbelief and cheer for the good guys.

“Damsels in Distress” (PG-13) — Violet Wister (Greta Gerwig) is a socially conscious young woman at the center of a group of girls who care for the depressed and socially maligned populations of their university. Violet and her gals seeks to recruit Lily, a transfer student, into their little circle so she might learn their ways of dating only socially inept guys and civilizing the party-animal demographic.

Director Wilt Stillman puts the humor into the cadence and delivery of the innuendo-laden dialogue. This isn’t a National Lampoon-style college romp, but an eccentric, banter-heavy comedy about people with good intentions.

“The Tall Man” (R) — In a remote town where the weather forecast is always ominously grey skies, the townsfolk spread a creepy little rumor. Children go missing, and people say it’s because of a tall man. Jessica Biel plays a local nurse who doesn’t buy the story, until her own boy disappears. She goes on a parent’s nightmare journey for her child, only to get lost in a series of plot twists, conspiracies and missed opportunities for the movie to end on a reasonable note.

“Soldiers of Fortune” (R) — Christian Slater is a tough ex-military kinda guy hired to protect some millionaires who want front-row tickets to a real war zone. Naturally and deservedly, the mission goes horribly awry and everybody’s lives are put in danger (more than anticipated, I guess). This is one of those movies you see for rent that you’ve never heard of, but when you check the box it’s got a decent cast (Sean Bean, Ving Rhames, James Cromwell). Yet should you cross the line and attempt to watch this movie at home, you will be treated to an early bedtime by this snoozefest of a convoluted action movie.