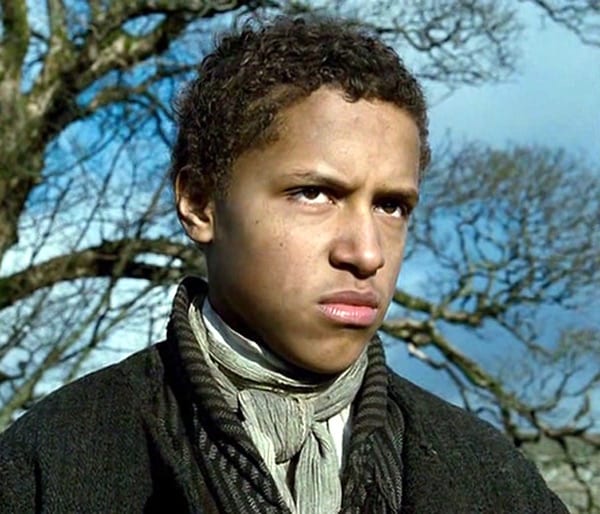 HOLLYWOOD — In 1939, undoubtedly the greatest year for films in movie history, MGM released “Wuthering Heights” starring Laurence Olivier, Merle Oberon and David Niven. In 1970, it was remade with a former James Bond, Timothy Dalton, and Anna Calder Marshall. In 1992, it was remade yet again with Ralph Fiennes and Juliette Binoche. Then, in 2009, it became a two-part mini-series (90 minutes each) with Tom Hardy and Charlotte Riley.

In 2008, Natalie Portman was cast to play Cathy in another remake, but other commitments forced her out of the project. She was out, and Michael Fassbender was in as Heathcliff, with Abbie Cornish playing Kathy. By 2009, the director left, as did Fassbender and Cornish. When Peter Webber took on directing, he cast “Gossip Girl’s” Ed Westwick and Gemma Atherton as the leads. More delays and more cast changes. In 2010, director Andrea Arnold cast Kaya Scondelario from TV’s “Skins” series and the “Clash of the Titans: 3D.”

In Emily Bronte’s original novel, Heathcliff was a gypsy. Director Arnold found James Howson through open auditions, and despite his lack of experience — just miniscule roles in “Trainspotting” and “Slum Dog Millionaire” — he became the first man of color to be cast as Heathcliff. The film cost $5 million and finished shooting in November 2010. It made the rounds of film festivals in Venice, Toronto, Zurich, Leeds, London and Sundance and was well-received. You can judge for yourself when it opens nationwide on Friday, Oct. 12.
* * *
Also on Oct. 12, get ready for what could be one of the zaniest screwball comedies in years. Colin Farrell plays a writer who dreams of finishing his screenplay, “Seven Psychopaths,” while surrounded by his best friend (Sam Rockwell), a dog thief; his partner (Christopher Walken), a religious man with a violent past; and a gangster (Woody Harrelson), whose dog has been stolen. Harrelson replaced Mickey Rourke, who dropped out of “The Expendables 2” for this role in “Seven Psychopaths,” then left after creative differences with the director. You might say he was “Expendable 2” times!
* * *
Another film, shot in 2009, is the $75 million remake of “Red Dawn,” being released Nov. 2. The bad news is that MGM was financially strapped and couldn’t afford to reshoot the outdated ending to make North Korea the villains instead of China (as in the original film). The good news is that in the three years waiting to be released, two of the leading men have become bigger stars. Chris Hensworth of “Thor” and Josh Hutcherson of “The Hunger Games” were unknowns when cast in “Red Dawn,” but now have huge followings and could mean a big box-office take for the film. After all, it’s always darkest before the (Red) Dawn!