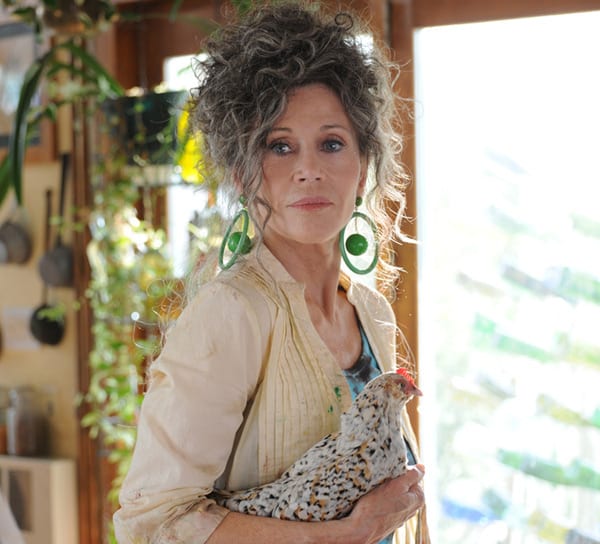 “Dark Shadows” (PG-13) — This comedy from Tim Burton is a loving take on an old TV series. A wealthy womanizer (Johnny Depp) breaks the heart of a spiteful witch. She takes out her frustration by turning him into a vampire, sealing him in a coffin and leaving him to think about what he’s done for all eternity. Depp makes it out of the coffin to find that the year is 1972, a dysfunctional family has taken over his manor, and the witch who cursed him is still out and about.

Depp and Burton need to stop working together. Depp’s dramatic chops and comedic talent are nowhere to be seen. It’s another episode of the Burton Show: where Depp is a pasty weirdo prancing around in a typical much-like-“Beetlejuice” affair. The few chuckles aren’t worth the groans.

“People Like Us” (PG-13) — Sam (Chris Pines) is a slick salesman type who, despite his acumen, sure could use a few more dollars. When his record-producing father passes away, Sam’s only inheritance is a bundle of cash and instructions to deliver it to a sister he never knew he had (Elizabeth Banks). Sis is a single mom recovering from addiction and the knowledge that her father died without reconciling. Mom (Michelle Pfeiffer) is having a hard time as well. Everybody just needs a big group hug.

It’s hokey and melodramatic and plenty predictable (of course Chris Pines won’t take the selfish route.) However, the actors commit and deliver some cathartic scenes despite the drippy, made-for-TV look of the whole thing.

“Iron Sky” (R) — Nazis from the moon are invading with their flying saucers, and the president of the United States is Sarah Palin. How can mankind survive? “Iron Sky” is a lesson in let-downs. The trailer for the movie bounced around the Internet seeking fan-funding. Unfortunately, the promise of a ridiculous, irreverent action-comedy about Moon Nazis can’t hold the line. Pop culture references are delivered in a sort of pretentious manner (a Dr. Strangelove reference does not automatically establish intelligent comedy). The strongest aspect of the film is the surprising quality of the special effects.

“Peace, Love, & Misunderstanding” (R) — A mother takes her teen son and 20-something daughter with her on a trip to visit Grandma in upstate New York. The twist: the mother is getting divorced, the kids are somewhat apathetic and Grandma is Jane Fonda deep in the throes of baby-boomer self-parody. Everybody is kinda sad and resentful, but it’s all sorted out when they learn to, you know, loosen up, man.