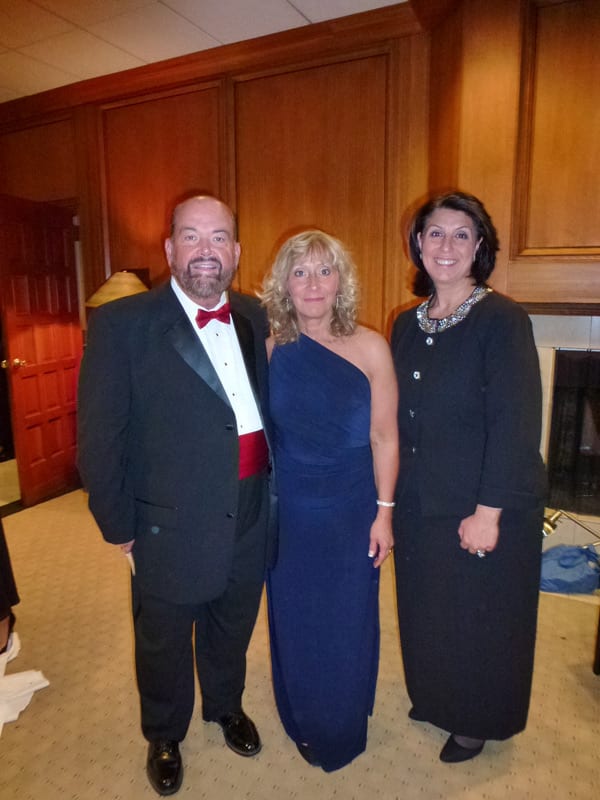 By GRETCHEN ACKERMANN
Special to the Times-Herald
DEARBORN — Some 111 area residents and Friends of the Dearborn Symphony gathered at the Fairlane Club Sept. 15 to take part in the black-tie “Night at the Oscars” dinner-dance.

Party attendees entered the club on the rolled-out long red carpet; were welcomed by honored guests Mayor John O’Reilly Jr. and his wife, Christine; and were ushered into the club reception hall to partake of hors d’oeuvres and champagne.

Background music was provided by symphony Artist-in-Residence Jacqueline Csurgai-Schmitt at the grand piano in the lobby. This served to get the evening off to a good start as they munched on special Kobe beef hors d’oeuvres.

By 7:30 p.m. it was time for dinner as each group of eight found their place settings in the grand ballroom. Both red and white wines were served compliments of Merchant Fine Wine Shop in Dearborn.

Then came the high point of the evening: Who had won the “Oscars?” One-by-one all five marched to the dance floor and received the honors.

Exceptional Supporters Award went to Donald and Mary Kosch for their support over the symphony’s 51 years. Dearborn Symphony Music Director Kypros Markou received the Outstanding Conductor award for his work. He is also professor and director of Musical Studies at Wayne State University.

Symphony President Sandra Butler received the Distinguished Service “Oscar” for her leadership with the Dearborn Orchestral Society. The Lifetime Achievement Award went to Robert Kuhlman for his work in promoting the symphony through donations from local businesses and organizations.

Friends of the Symphony organization — formerly called the Women’s Association for the Dearborn Orchestral Society — took the Extraordinary Service Award accepted by President Margaret Schaefer, on behalf of the group of more than 200 members. The Friends group is the principal fundraising arm of the Dearborn Symphony.

The remainder of the evening was spent listening to familiar tunes played by the award-winning Henry Ford Community College Big Band under the direction of Rick Goward. G. Kevin Dewey, HFCC director of Vocal Music, brought his sextet of singers to entertain the crowd.

EdwardWallish, HFCC coordinator of Auxiliary Services, had the college Ice Carving Club members carve an ice statue of an “Oscar” to grace the dining room.

Chairing the gala were Gloria Nycek and John Matthews Jr. chaired the gala and thanked Westborn Market, Dearborn Federal Savings and the Fairlane Club for their support of the Dearborn Symphony.