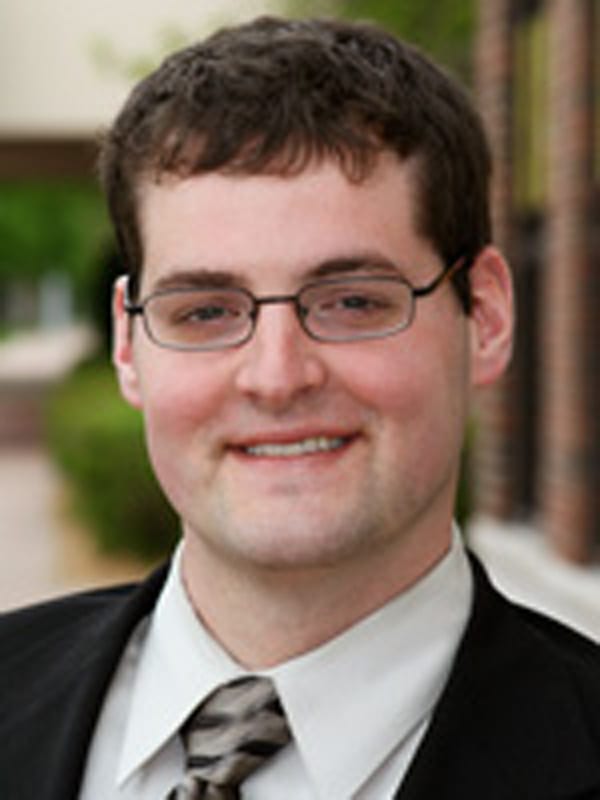 By JAMES M. HOHMAN and JOSIAH KOLLMEYER
The state budget for 2012 incentivized school districts to solicit bids from third-party vendors to provide support services, among other best practices. The results of the Mackinac Center’s 2012 school privatization survey show that many districts took that incentive and followed through to contract out for one or more of the three main support services. In 2012, 61 percent of all school districts contract out for food, custodial or transportation services. That is a 13 percent increase over 2011.

The incentive may have hastened the move to contracting, but this is also a long-term trend. In the Mackinac Center’s first survey in 2001, only 31 percent of school districts used contractors to provide these noninstructional services. A nearly 98 percent increase in the past decade shows this practice has gone from a tool used by a handful of districts to a common practice.

Soliciting bids from private vendors adds an element of competition, providing an incentive for quality services at lower prices. As well as saving many districts money, privatization frees up resources, allowing districts to focus on their real mission: teaching students. 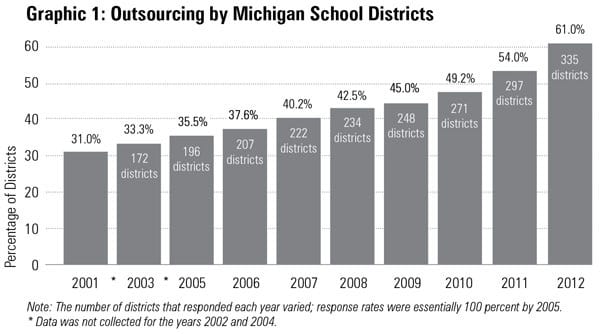 Custodial service grew the most with 46 new districts contracting out. Private providers now clean and maintain school buildings and grounds in 39.5 percent of districts statewide. This is now the most commonly contracted service, surpassing food service contracting.

Byron Center Public Schools in Kent County outsourced its custodial services to Grand Rapids Building Services this past year. The district contracted primarily for quality and efficiency of service, and reported satisfaction with GRBS. In addition, the district saved more than $340,000, an effective savings of roughly $100 per pupil.

Food service grew in 2012 as well, increasing from 33.5 percent to 35.0 percent of districts, with 13 new districts contracting out this service.

Les Cheneaux Community Schools, an Upper Peninsula district, recently privatized its food service director and cafeteria employees through Professional Education Services Group. Over the past school year, the district’s food service fund went from $20,000 in the red to balanced — an effective savings of $71 per pupil.

Transportation contracts, though the least numerous of the three, grew by 22 districts to 90, a 32.6 percent increase. This is a substantial increase since 2005 when only 3.8 percent of districts in Michigan contracted out this service.

Statewide, the new contracts are expected to save districts almost $13 million in the first year alone.

Districts remain pleased with their vendors, reporting satisfaction on 92 percent of their contracted services this year. This is not surprising since a district contracting out for services has the opportunity to change providers if desired, so vendors have a strong incentive to maintain high standards.

The 2012 survey shows that contracting out continues to save school districts and taxpayers millions while improving services around the state.

(James M. Hohman is assistant director of fiscal policy and Josiah Kollmeyer is a 2012 summer intern at the Mackinac Center for Public Policy, a research and educational institute based in Midland.)