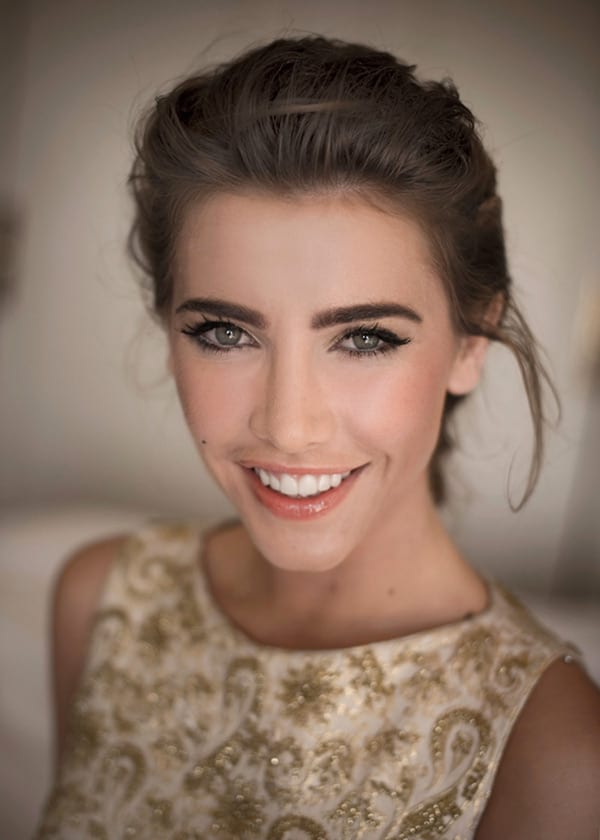 THE BOLD AND THE BEAUTIFUL
Eric disagreed with Stephanie over who should be named CEO of Forrester Creations. Caroline made a decision about her love life based on Thomas’s actions. An emotional Brooke shared with Katie the details of her wrecked honeymoon. Deacon began making crazy demands from Bill. Brooke turned to Stephanie for advice on how to handle Ridge. Steffy and Hope shared an awkward conversation about Liam. Stephanie and her family worried that her cancer was back. Bill asked Brooke to talk to Katie about his mistakes — and how he has changed. Pam warned Donna to stay away from Eric. Liam and Hope reached closure. Wait to See: Thomas tries to redeem himself. Steffy and Liam go public with their relationship.

DAYS OF OUR LIVES
Nicole continued to keep the loss of her unborn baby a secret from everyone. Rafe and Sami agreed to forgive their past transgressions and rekindle their relationship. Caroline began showing signs of dementia. Daniel told Nicole that he would move to Utah with her. Abigail was determined to find out why Melanie left town so quickly. Kate offered Nick a job before Sami could. Nicole fell down the stairs after a tussle with Jennifer. Stefano met with a mysterious woman in Europe who turned out to be the notorious Kristen Blake. Jennifer was arrested for causing the death of Nicole’s unborn child. Wait to See: Caroline tells Roman that she has Alzheimer’s disease. Will and Gabi reflect on their impulsive act.

GENERAL HOSPITAL
Sam discovered that her baby was alive and being raised by Tea. Carly was still devastated by the fact that Johnny married Connie. Duke sat at a very much alive Robin’s bedside. Later, Anna was stunned to see her late husband Duke at her door. Spinelli was annoyed to see that Maxie and Ellie were becoming friends. Luke made good on his word and tracked down Robert. Dante and Lulu continued to try to make a baby. Sam was horrified to learn that Heather had kidnapped her baby. Todd vowed that he had no prior knowledge of the baby switch. Olivia tried to channel her psychic powers to find Heather. Wait to See: Duke woos Anna. Trey begs Kristina for a second chance.

THE YOUNG AND THE RESTLESS
Nick told Phyllis that their marriage was over, and then rebounded by kissing Avery. Chloe blurted out that Kevin helped move Tim’s body. Nick suggested that Summer see a therapist after she took a baseball bat to her mom’s car. Victor was shocked that Sharon sold some of his personal stock while he was missing. Sharon felt guilty for turning Tucker in to the feds after she realized that he was looking out for her best interests after all. Gloria offered to throw Chelsea a baby shower. Victor tried to reach out to Adam for his support at Newman Enterprises, but Adam politely rejected him. Wait to See: Phyllis receives a surprise ruling in her trial. Chelsea gets some devastating news.