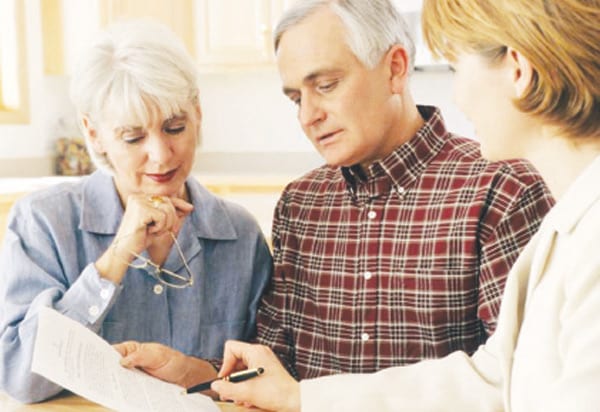 Photo courtesy of NewsUSA
Get expert advice to help reach your retirement goal.

(NewsUSA) — Remember when it was sort of fun to talk about The Number?

The Number refers to the amount of money you’d need to retire comfortably, and it was borrowed from the title of a 2006 book by former Esquire editor Lee Eisenberg.

Everywhere you went in those comparatively giddy precrash days, it seemed, people were tossing around figures — $1 million, $5 million — and often acting like it’d be a cinch to get there if they just gave up one Grande Cafe Vanilla Frappuccino a week.

Needless to say, times have changed since then. But unless you like your 1-in-175 million odds of winning Power Ball, the need to soak away as much money as possible — as fast as possible, in the case of aging Baby Boomers — has only become more imperative.

“One of the best pieces of advice we give clients is to keep it simple,” said Elaine Smith, master tax advisor at the tax preparation firm H&R Block (www.hrblock.com).

How simple? Read on:

• Make automatic contributions to 401(k)s. We now know what can happen if you let market fluctuations spook your use of this convenient savings vehicle. According to a study by Fidelity Investments of millions of their accounts, investors who dumped all their allocations in stocks between Oct. 1, 2008, and March 31, 2009 (the market crash), and stayed out of stocks through last June 30, 2011 (a big upswing), saw an average increase in account balances of only 2 percent. That compares to an average 50 percent increase for those who rode things out with a continuous allocation strategy that included stocks.

• Don’t squander your raise. Consulting firm Hay Group says the average raise last year was 2.8 percent. Say your salary’s $50,000. That’s a $1,400 increase, or $26.92 a week. If you put that money into an IRA, in 10 years it would’ve grown to $3,108, based on an 8 percent average annual return. “It’s all about delaying immediate rewards on things like your fifth pair of designer jeans,” Smith said.

• Invest your tax refund. The average refund last year was $2,913. Even the interest rate on savings accounts beats the free loan you essentially gave the government.

• Take advantage of new fee disclosures. A new law is set to require much more transparency in most 401(k) plans. But why wait? Financial websites let you compare fund expense ratios, and the difference between an actively managed mutual fund charging 1.75 per-cent and an index fund charging only 0.07 percent — especially if the former’s performance is subpar — adds up.