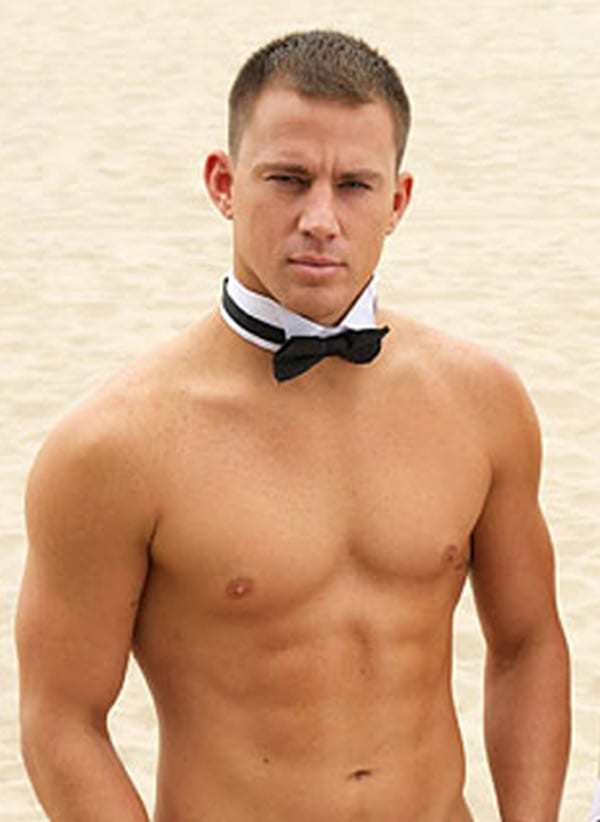 PICKS OF THE WEEK
“Magic Mike” (R) — The male-stripper drama genre apparently has arrived. Channing Tatum plays Mike, a nice guy who lives in Tampa, Fla., and dances for money. Mike works at an all-dude strip club run by Matthew McConaughy; he makes good money, and he’s never at a loss for company. Mike also is aware that he won’t be young and chiseled forever, and this is where the drama comes in. Beyond the indulgence, Mike knows he has other dreams to follow.

The movie straddles the line between bachelorette party and mainstream character drama. Just when you get used to the story moving forward a bit, there’s a break for some more dancing. The story is drawn from Tatum’s own story; the Hollywood actor paid his bills by stripping before he hit it big.

“Seeking a Friend for the End of the World” (R) — A meteor is headed for the Earth and mankind’s destruction is assured. Dodge (Steve Carell) wants to see a long-lost love one more time. His neighbor, Penny (Keira Knightley), wants to get on a plane to see her family in the UK. That’s the premise for this heartwarming comedy about two people who meet and go on a road trip together just before the end of the world.

There’s all kinds of odd and funny characters to meet when the apocalypse looms. While some of jokes seem obligatory, the relationship between the two main characters is rather unique. Maybe Carell wallows too much, and Knightley might be too cute, but the story that brings their characters together is less predictable.

“Tyler Perry’s Madea’s Witness Protection” (PG-13) — Eugene Levy is a Wall Street CFO who discovers that his company is actually a Ponzi scheme set up by the mob, and that he’s the fall guy. The prosecutor for the case, Brian (Tyler Perry), puts the quirky mogul and his overprivileged family where he thinks they’ll be safest — his aunt Madea’s house (Madea being Perry’s best-known character). The rest fills in as these things typically do. Madea’s one-liners are read loud and enthusiastically.

“Abraham Lincoln: Vampire Hunter” (R) — Based on a satirical history novel of the same name, this movie delivers just what it promises. A young Abe Lincoln loses his mother to vampires. When he grows up, not only is he the 16th president of the United States, he’s also the nation’s most vigilant slayer of the undead. The movie takes itself a bit seriously, but not seriously enough to have anything to say. The action is over-the-top. The visual style is cool. Still, this one probably won’t stick with you long after it’s over.