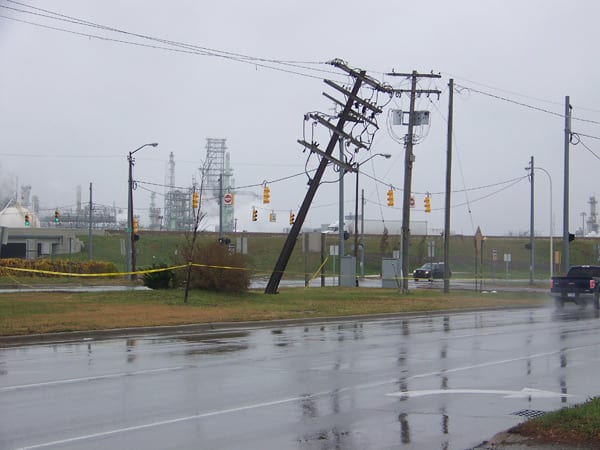 Photo by James Mitchell
A utility pole barely remained upright at the intersection of Fort Street and Schaefer near the Melvindale-Detroit border after last week’s storms. More than 120,000 DTE customers lost power during two days of intense winds in the wake of Hurricane Sandy, which hit the East Coast. Power was restored to most areas by Thursday.