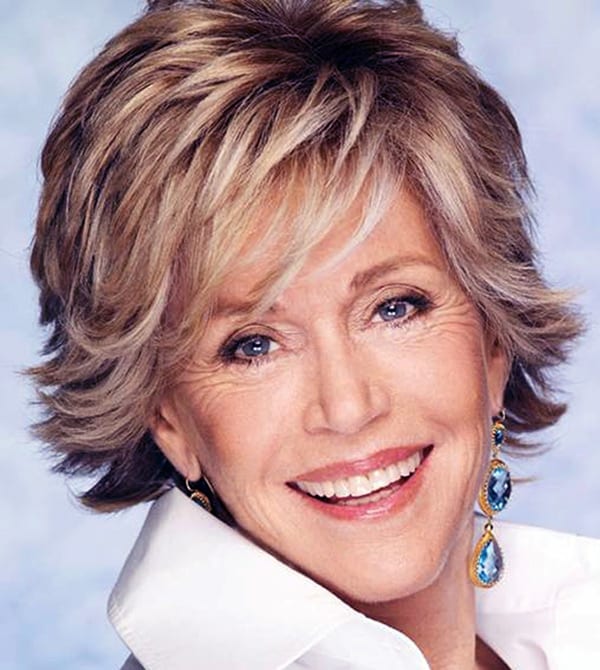 HOLLYWOOD — ABC has committed to a pilot for a series, “So What,” to star Jane Fonda. While Jane is a fine actress and looks fantastic at 74, ABC will nonetheless have to deal with people who consider her a traitor after she was photographed during the Vietnam War on a North Vietnamese anti-aircraft gun. She was branded “Hanoi Jane,” and though she’s tried to have her side of the story heard, it’s fallen on too many deaf ears!

“It is unconscionable that extremist groups circulate letters which accuse me of horrific things, saying I am a traitor, that POWs in Hanoi were tied up in chains and marched past me while I spat at them and called them ‘baby killers,'” she says. “These lies have circulated for almost 40 years, continually reopening the wound of the Vietnam War and causing pain to families of American servicemen. The lies distort the truth of why I went to North Vietnam, and they perpetuate the myth that being anti-war means being anti-soldier.

“I will regret to my dying day allowing myself to be photographed on a [North] Vietnamese anti-aircraft gun. Someone led me toward the gun, and I sat down. … I hardly even thought about where I was sitting. The cameras flashed. I got up, and as I started to walk back to the car, the implication of what had just happened hit me. ‘Oh my god, it’s going to look like I was trying to shoot down U.S. planes.’ I pleaded with my translator, ‘You have to make sure those photographs are not published; you can’t let them be published’. I was assured it would be taken care of.”

Six years after she was dubbed “Hanoi Jane,” her production company conceived “Coming Home,” which dealt with the Vietnam War. It was nominated for eight Academy Awards, including Best Picture, and won three for Best Screenplay, Best Actor (Jon Voight) and Best Actress (Fonda). The film, though showing the effects the war had on soldiers, was definitely pro American.

Jane Fonda was used by the North Vietnamese propaganda machine to further their cause while nearly destroying the life and career of a great woman. Now that’s a movie in itself!
* * *
Michael Douglas is following his HBO Liberace bio-pic “Behind the Candelabra” by starring opposite Diane Keaton in “And So It Goes” by screenwriter Mark Andrus (“As Good As It Gets”). Michael plays a self-absorbed/eccentric realtor saddled with his estranged son’s daughter. By the end of this film, he’ll think kissing Matt Damon was a picnic compared to trying to keep Diane Keaton from stealing every scene she’s in with him!