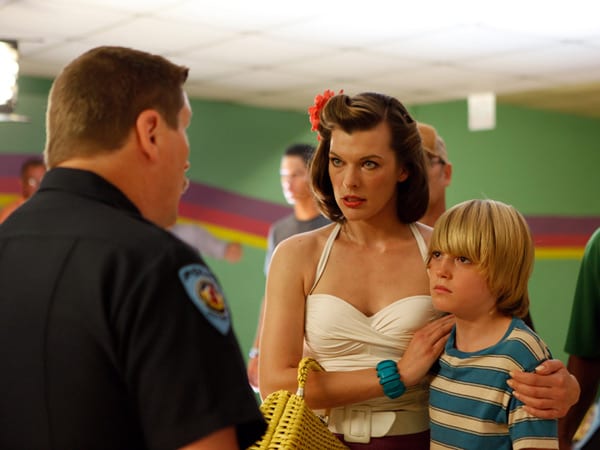 PICKS OF THE WEEK
“The Expendables 2” (PG-13) — The mean, pulpy-looking action heroes of yesteryear are back for another lighthearted bullet-fest. Sylvester Stallone, Bruce Willis, Ah-nuld, Jet Li, Dolph Lundgren and some other dudes join up with Chuck Norris to defeat the evil Jean Villain, (Jean-Claude Van Damme, and yes the bad guy of the movie is really named “Villain.”)

This is not a revival of the tough-guys, huge-guns action genre of the ’80s, but more of a self-mocking reunion special. Schwarzenegger and Willis have to cram into a tiny car. They trade dozens of one-liners referencing more famous one-liners. Things explode quite frequently. It’s a lot of fun, depending on how much you enjoy jokes about Predator and Terminator.

“Grave of the Fireflies” [Blu-ray] — Originally released in 1988, this classic work of dramatic animation is coming to Blu-ray. Set in the final days of World-War II, Seita and Setsuko are children from a small town on the mainland of Japan. The children are torn from their home by bombing raids and must find their way to safety as more of the countryside is engulfed in flames.

“Bringing Up Bobby” (PG-13) — Olive (Milla Jovovich of “Resident Evil”) is a Ukranian-born con artist and single mother. Her precocious 10-year-old boy, Bobby (Spencer List), has a bowl cut and a million lines of adoration for his mother. The two are partners in crime, scamming their way across the American Midwest. Things turn from overtly cute to ham-handed melodrama when an accident gets Bobby in trouble and Olive has to become a lawful, non-scheming person. The whole affair has an awkward, first-time director feel to it. A good choice if you want to catch a nap during a movie and not feel too left out.

“Black Magic” (1949) — Orson Welles goes all-in on this hammy psycho-thriller about the POWERS OF THE MIND! Welles is Cagliostro, a hypnotist traveling with gypsies in some bygone era that demanded elaborate costuming and ridiculous set pieces. Cagliostro starts abusing his powers then gets reeled into a scheme to replace the queen of France. In many scenes, Welles gives the camera his most smoldering stares as the light filters directly onto his eyes. If you love the majesty and drama of “Citizen Kane,” then you can suffer through “Black Magic” and have a few laughs along the way.