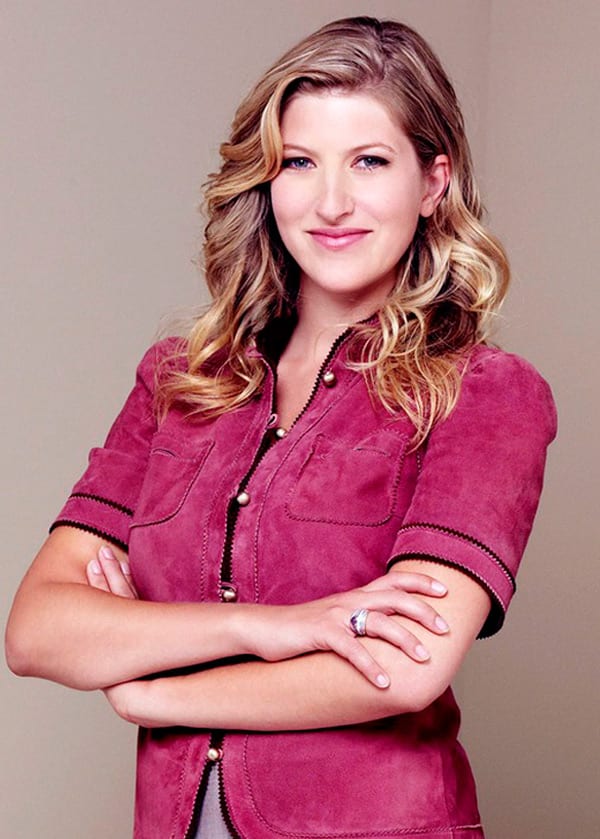 By Cindy Elavsky
Q: I am a big fan of “Sons of Anarchy,” and I was wondering who the pretty blonde is? She was on a couple of episodes and played Karen. I know I’ve seen her on something else prior to this. — Geri R., via e-mail

A: Tara Summers, who turns 33 in December, plays Dr. Karen Dunhill on FX’s rough-and-tumble, motorcycle-filled crime drama. Tara is a TV and film vet who’s been in lots of series and feature film, including “Alfie,” “Boston Legal,” “Dirt,” “Factory Girl,” “Damages” and “Ringer.” You can see her this winter in the feature film “Hitchcock,” which stars Anthony Hopkins (as Alfred Hitchcock) and Helen Mirren (as his wife, Alma Reville), with Tara playing Rita Riggs.

Tara told me what it was like working with the two legendary actors: “Helen Mirren … it’s really like her movie. She’s extraordinary. It focuses on the love story between Hitchcock and his wife, and how she was the silent partner in the operation. His wife had a lot more to do with it than we will ever know. And Anthony Hopkins is one of my heroes, and he was so generous and so kind. He’s always in a good mood, and just so amazing to work with and to watch.”
* * *
Q: My friend told me that the CW is remaking “Sex and the City.” Is that true? If so, why? It was great as it was on HBO. — Penny W., Seattle

A: The CW is not remaking the hit HBO series, which starred Sarah Jessica Parker and Kim Cattrall. Rather, they bought the rights to the prequel, “The Carrie Diaries,” based on the book written by “Sex” author Candace Bushnell. “The Carrie Diaries” — set in the 1980s — chronicles Carrie Bradshaw’s (played by AnnaSophia Robb) coming-of-age as she navigates her senior year of high school and discovers the glittering lights of Manhattan, and lots of shoes. “The Carrie Diaries” premieres on the CW on Monday, Jan. 14, at 8/7c, followed by “90210,” which moves to 9/8c.
* * *
Q: I was a big fan of “The Cosby Show,” and I wondered whatever happened to the actor who played Rudy’s friend, Stanley, on the show. — Justin W., via e-mail

A: Merlin Santana, who went on to play Ohagi on “Moesha” and Romeo on “The Steve Harvey Show,” died on 2002 at the age of 26. Tragically, he was falsely accused of attempted rape of 15-year-old Monique King, so her boyfriend, Brandon Bynes, shot Merlin six times, killing him. Brandon received three consecutive life sentences plus 70 years in prison, while Monique received eight years in juvenile custody.
* * *
Q: When will “Cougar Town” be back? — Jennifer T., Tampa

A: TBS has announced that “Cougar Town” will return for a 15-episode fourth season beginning Tuesday, Jan. 8. So raise a glass (of red wine, of course) to the return of your favorite cul-de-sac gang, as they begin a new era on a new network. I can’t wait!