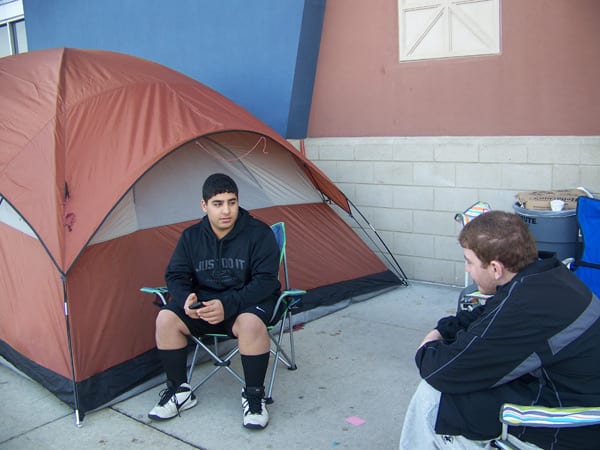 But Dearborn L.A. Bistro Manager and Owner Souheil Johair is paying some of his staff to shop for new televisions for his restaurant.

Johair said he paid one of his chefs, Ali “Smiley” Bazzy, to buy some televisions.

“It is worth it because we are paying Smiley a little bit extra on the side,” Johair said. “So whatever he is shopping for will be free for him and it is a day off for him too.”

Mohamed Assaf, 19, of Dearborn, said people who see him and his friends waiting in line smile and wish them good luck, others don’t mince words, he said.

“My mom calls me a moron,” Assaf said with a smile.

His friend, Hassan Khalaf, 22, of Dearborn, said last year he purchased a $200 television set that normally would have cost $800.

“This year we want to buy 40-inch televisions that will cost $180,” Khalaf said. “I will feel awesome after getting that television.”